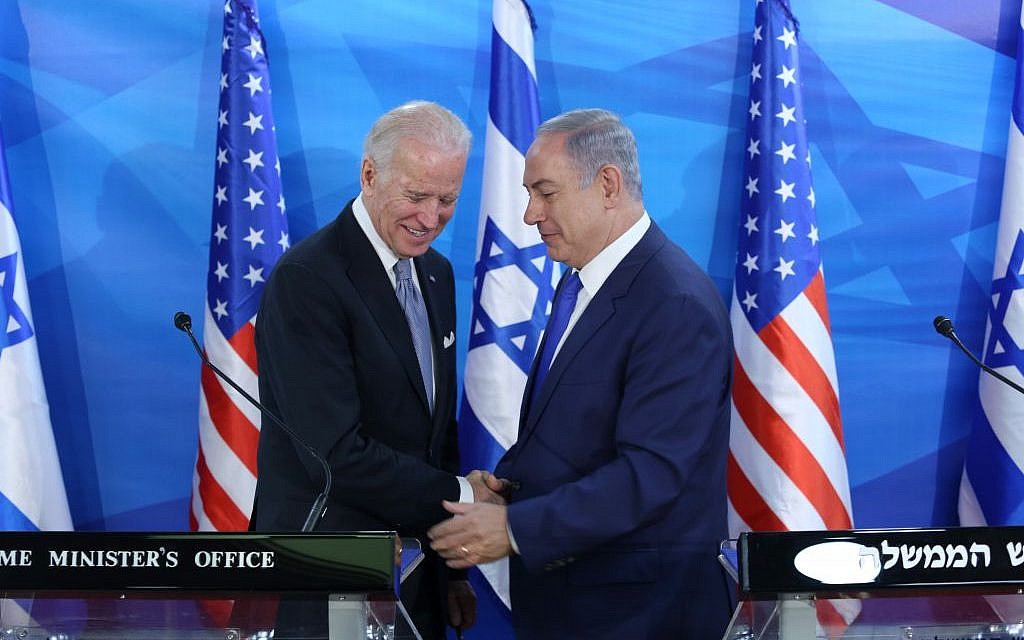 WASHINGTON (AFP) — US President Joe Biden is quickly if subtly rebalancing US priorities in the Middle East, walking back his predecessor’s all-encompassing embrace of Saudi Arabia and Israel while seeking diplomacy with Iran.

Two weeks into his presidency, Biden on Thursday announced an end to US support for the Saudi military campaign in Yemen which he said has “created a humanitarian and strategic catastrophe.”

Equally noticed was what went unsaid in his first major speech on foreign policy. Biden did not mention Israel when saying he was revitalizing alliances with other leaders — a reflection of how he has not yet spoken with Israeli Prime Minister Benjamin Netanyahu

“With both Israel and Saudi Arabia, relationships that Trump basically decided to rehabilitate in the wake of Obama, you have a Biden administration that is prepared to put a little more distance, although not in symmetrical proportion,” said Aaron David Miller, a veteran Middle East adviser to secretaries of state from both parties.

On Israel, Miller said the Biden administration could be taking its time before the Jewish state in March holds its fourth election in two years, aware of the possibility that Netanyahu — who rallied US conservatives against Obama’s Iran policy — could finally be out.

“This is a signal that it’s not business as usual with the way Trump dealt with the Israelis,” said Miller, now a senior fellow at the Carnegie Endowment for International Peace.

On Iran, Miller said Biden may be sending a signal that “we’re not running after Tehran.” Secretary of State Antony Blinken has repeatedly cautioned of a long process to reviving the 2015 nuclear deal, although he has appointed an envoy to kickstart diplomacy.

Biden has vowed to put a new focus on democratic values and his administration has also shown an early cold shoulder to Turkish President Recep Tayyip Erdogan, a Trump friend who is cracking down on student rallies..

But Biden made clear the United States was still supporting Saudi Arabia outside of the Yemen war, with State Department spokesman Ned Price characterizing the administration’s stance as a “return to standard procedures” in reviewing every arms deal.

Biden, who spent 36 years in the Senate, is also considered a centrist within the Democratic Party and has rejected the left’s calls for a broader rethinking of the alliance with an increasingly right-wing Israel.

Brian Katulis, a senior fellow at the left-leaning Center for American Progress, described Biden’s stance as “more a readjustment to normal” with the United States trying to stay above the fray.

“Trump very much put America down on one side of the ledger in the big regional fights between Saudi Arabia and Iran and Israel and Palestine,” Katulis said.

“That posture by Trump did not succeed in reducing regional tension and in fact, I think, escalated it and nearly got America inadvertently drawn into another Middle East war with skirmishes with Iran,” he said.

It was the Obama administration that initiated US support for the Saudi-led coalition fighting Yemen’s Iranian-linked Houthi rebels.

But Trump ramped up the relationship and hailed Saudi defense purchases as good for US business, rallying behind Crown Prince Mohammed bin Salman even after US intelligence held him responsible for the gruesome killing of US-based journalist Jamal Khashoggi.

“This is an important shift,” Katulis said of Biden’s stance on the Middle East, “but there is probably less than meets the eye.”