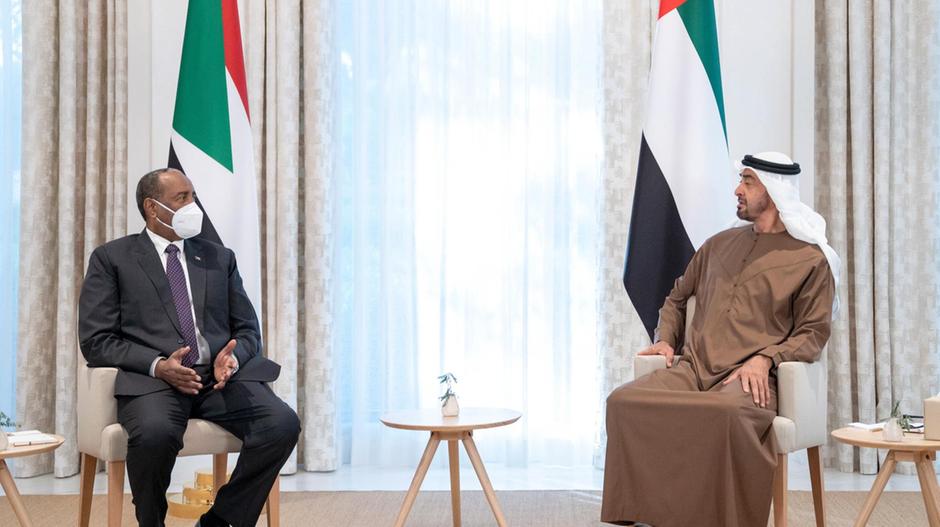 The Crown Prince of Abu Dhabi and Deputy Supreme Commander of the Armed Forces and his guest discussed relations between the two countries.

The leaders exchanged views on regional and international issues, especially developments in the Horn of Africa.

They said there was need to give “priority to the voice of wisdom, dialogue and finding diplomatic solutions to the various issues and challenges facing the region, in a way that contributes to defuse tensions and crises”, state news agency Wam reported.

Sheikh Mohamed reiterated the UAE’s support for Sudan’s efforts to promote peace, stability and development, especially during this critical phase of its history. Sudan’s stability, security and safety represent an important pillar in the region’s security, the Crown Prince said.

He thanked the UAE for its position on preserving Sudan’s stability and security during the challenges it is currently facing. He also praised the country’s humanitarian initiatives and medical supplies it continues to provide to Sudan amid the global fight against Covid-19.