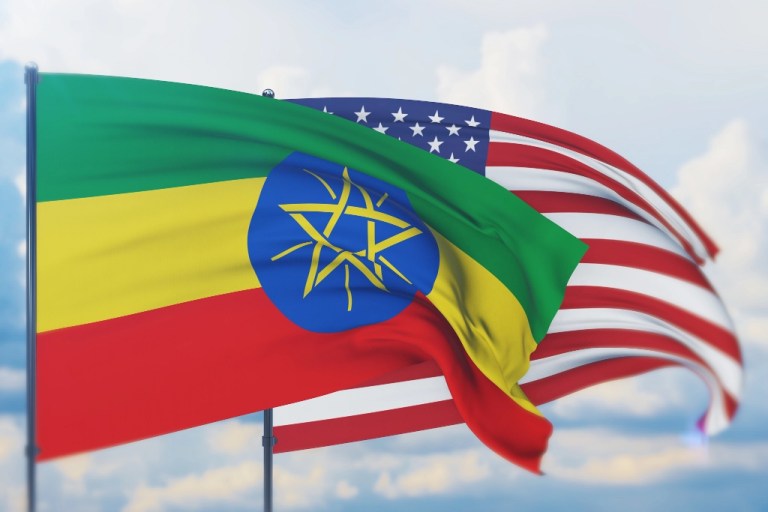 On May 23, U.S. Secretary of State, Antony Blinken, announced visa restrictions “for any current or former Ethiopian or Eritrean government officials, members of the security  forces or other individuals …responsible for or complicit in undermining the resolution of the crisis in Tigray.” According to the State Department press statement, the Biden administration has “imposed wide-ranging restrictions on economic and security assistance to Ethiopia and will bring our defense trade control policy in line with them.” Although not explicitly stated by Blinken, the U.S. will suspend $130 million of U.S. security assistance to Ethiopia, originally paused by the Trump administration. Multiple government sources report that the Biden administration is in the process of taking additional punitive measures against Ethiopia, including pressuring the International Monetary Fund and the World Bank to hold back funds already designated for programs in Ethiopia. Additional U.S. sanctions have not been ruled out.

With the announcement of  these bilateral and possible multilateral assaults against Ethiopia, the U.S. will not only reverse decades of cooperation between the two nations, but potentially could endanger the entire Horn of Africa, and beyond. Ethiopia has played an indispensable role in providing security and stability in East Africa. This new U.S. posture towards Ethiopia, meant to appease the international liberal establishment, is reckless and perilous.

These types of measures, usually reserved for enemies of the U.S., are being implemented against a longtime trusted ally. A nation that has vigorously collaborated with the U.S. under both Republican and Democratic Presidents in fighting terrorism and violent extremism in the region.

Expressing the gravity of this abrupt policy shift by President Biden, Cameroon Hudson, of the Atlantic Council said to Foreign Policy: “This is a major strategic shift in the Horn of Africa, to go from an anchor state for U.S. interests to become a potential adversary to U.S. interests.”

This foolishness and lack of judgment by President Biden, Secretary of State Blinken, and the U.S. Congress, can potentially lead to a calamity for Africa, not seen since the disastrous decision by the Obama administration to overthrow the Libyan government in October 2011. Nations in the Sahel and millions of Africans living in that region are still suffering today from the misadventure by President Obama and his zealot regime change advisors, who removed President Kaddafi from office. Look at Libya today, and the affects almost a decade later on North Africa. Attempts to weaken Ethiopia through economic strangulation and political isolation, in this turbulent period of Ethiopian society, are downright dangerous and could cause severe harm for millions of Africans.

This draconian assault against Ethiopia by the U.S. can potentially lead to a weakening of the Ethiopian nation by encouraging more ethno-nationalist attacks on the government. Were that to happen, be forewarned, that like Shakespeare’s Lady Macbeth, who lamented, “what, will these hands ne’er be clean,”–the blood stain of millions of Africans may never be removed from the hands of the Biden administration and the U.S. Congress.

There are evil forces, who would like to see Ethiopia devolve into a balkanized territory of hostile competing ethnic fiefdoms. This would be a disaster for Africa and the world, and is not in the self-interest of the U.S.

Woefully, war is always ugly and always leads to atrocities, but let us remember the cause of the conflict in Tigray. The Tigray People’s Liberation Front (TPLF) conducted a surprise attack on the Ethiopian National Defense Force (ENDF) in Mekele in the early hours of November 4, 2020. They attacked the armed forces of the Federal government i.e., the nation state of Ethiopia. Like President Lincoln, who responded to the confederate attack on the Union’s Fort Sumpter, by declaring war, Prime Minister Abiy Ahmed had no other choice, but to respond militarily. Otherwise, the nation of Ethiopia could have been dismembered by emboldened ethno-nationalist forces declaring their independence from the central government.

There have been attempts by numerous individuals and organizations in and outside of Ethiopia to falsely claim an equivalence between the TPLF, an ethno-regional organization, and the national government of Ethiopia located in Addis Ababa. Some even try to equate the ENDF with the TPLF militia.

Various news organizations have now intentionally resorted to blurring the actual cause of the war. A recent article by Associated Press referred to the TPLF attack in Mekele as an “allegation” even though TPLF leaders have proudly admitted their action. The New York Times claims that Prime Minister Abiy’s armed response was in reaction to TPLF “defiance” rather than the truth, which was the slaughter of ENDF troops by the TPLF.

Does the U.S. Congress Possess Intelligence?

The U.S. Senate unanimously passed Senate Resolution 97 (S.Res.97) on May 19, following multiple requests by the Foreign Relation Committee of the U.S. House of Representatives for sanctions to be imposed on Ethiopia.

There has been no official report of evidence by the U.S State Department or intelligence services verifying allegations of “genocide” or “ethnic cleansing” by the Ethiopian government. It is pathetic, yet valuable to know that accusations against Ethiopia by the State Department, the House of Representatives, and the Senate, have in large part come from news organizations. Whatever happened to U.S. intelligence capabilities? Has U.S. intel gathering been so corroded that it has to rely on private organizations, who have their own agenda? Should the U.S. be making foreign policy decisions without independent knowledge of events? CNN brags in its own May 21st article that it was their news (sic) organization and a pro TPLF lobbying firm ,Von Batten-Montague-York, that was responsible for convincing U.S. Senators to support S.Res.97. The U.S. Senate, sometimes called, the world’s greatest deliberative body, was in fact led like lemmings, by CNN and a DC lobbying firm to condemn Ethiopia’s government. Is that what the founding fathers of this great republic contemplated when they created the Senate? I think not.

No Respect for Ethiopia’s Sovereignty

Despite the fact that very few, if any U.S. Senators have a deep-seated knowledge of the complexities of Ethiopian culture and society, they did not refrain from encroaching on Ethiopian sovereignty, which obligates the central government to act in the interest of safeguarding the nation.

S.Res.97, ignores the responsibility of Prime Minister Abiy to defend his nation, demanding instead: an immediate cessation of hostilities in the Tigray Region; strongly disapproving of the escalation of political tensions between the Government of Ethiopia and the Tigray People’s Liberation Front (TPLF) into armed conflict; and most egregiously urges the government of Ethiopia to engage in a full cessation of hostilities.  In essence, S.Res.97, rebukes the Ethiopian government for defending its nation from an insurrection, and demands reconciliation with the insurgents.

Breaking up the Union, only weeks after President Lincoln took office, was the explicit intent of the southern states, who insisted that the U.S. government, no longer represented them. President Lincoln would not allow the republic to be divided. He waged a relentless war that ultimately led to the deaths of upwards of 750,000 Americans. He ignored all pleas to come to the peace table and negotiate with the enemy of the Union, who he would only refer to as “rebels.” The only negotiation President Lincoln would accept from the “rebels” was unconditional surrender. Under no condition would he allow some other country to dictate to him, the President of the United States of America, how to conduct the war to save the Union.

Africa and the World

Lawrence Freeman is a Political-Economic Analyst for Africa, who has been involved in economic development policies for Africa for over 30 years. He is the creator of the blog: lawrencefreemanafricaandtheworld.com. Mr. Freeman’s stated personal mission is; to eliminate poverty and hunger in Africa by applying the scientific economic principles of Alexander Hamilton

One thought on “New U.S. Hostilities Against Ethiopia Threatens Horn of Africa”