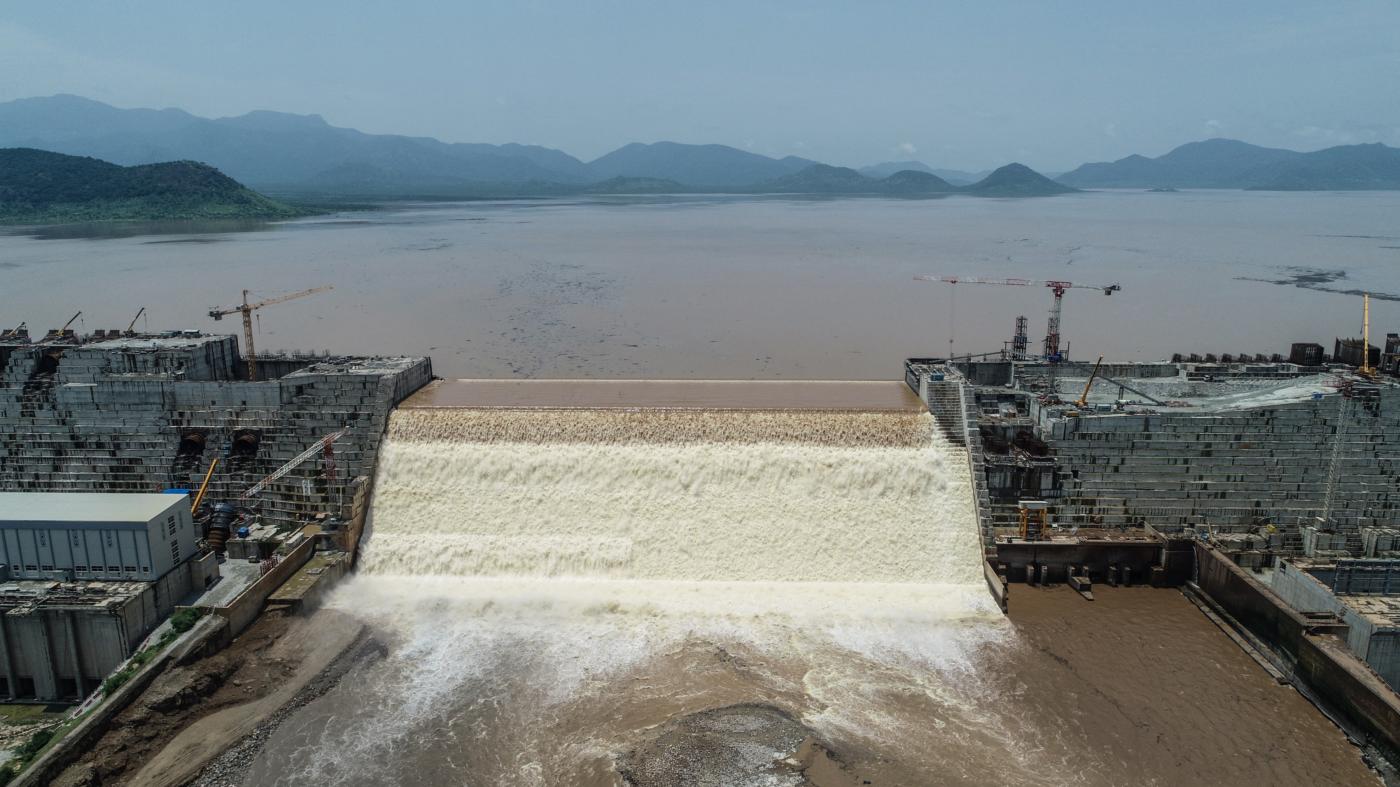 Ties between Sudan and Ethiopia have entered a new cycle of tension this week, with Khartoum claiming Addis Ababa has begun a second filling of its controversial Renaissance dam, a claim that was denied by the Ethiopians.

Sudanese officials are holding their breath as they perform further technical tests to absolutely confirm what they claim is a second filling has started.

In the meantime, clashes on the two countries’ border continue, driven by ethnic tensions between local ethnic Ethiopian groups and the Sudanese military, which seized the disputed al-Fashaga territories.

The Sudanese government has taken technical precautions to protect its dams, while the foreign ministry has engaged in wide African consultations to solve the crisis.

Ethiopia’s construction of the Grand Ethiopian Renaissance Dam (GERD) on the Blue Nile has alarmed downstream countries Egypt and Sudan. Cairo fears the dam will imperil its supplies of Nile water, while Khartoum is concerned about its safety and water flows through its own dams and water stations.

Last week, Sudan held a military drill alongside Egypt, whose government has threatened Ethiopia with violence over the dam. It is believed the manoeuvres caused anxiety in Addis Ababa.

He said Sudan has solid evidence that the filling is continuing.

“The evidence is firstly the ongoing work on ramping [increasing the height of] the middle corridor of the dam, in addition to the increase of the water level in the dam’s lake compared to recent months,” he said, without giving further details.

The Sudanese minister of irrigation and water resources was notified by officials last week that the second filling had begun, MEE understands.

Officials told him in a meeting that they had proof the process started in early May and will be completed by the end of July or early August.

“Ethiopia has begun the second filling of its reservoir as we have records from the Sudanese dams on the Blue Nile, including the Rossairis and Sennar, and Jabal Awlia on the White Nile, that prove what we said,” an official said in the meeting.

“It’s a technical process. We understand that the gates of the Renaissance Dam have been opened or closed through the water level of the Blue Nile in Sudanese territory.”

This is not the first time Sudan has made such a claim, however, previously accusing Ethiopia last year.

Then, as now, Ethiopia vehemently denied the claims. On Tuesday, the Ethiopian government described the Sudanese allegations as unfounded.

“This is not true, the comments by Sudanese officials are deliberately misleading statements targeted to confuse everyone,” Ethiopian Water Minister Seleshi Bekele said.

William Davison, senior Ethiopia analyst for the International Crisis Group, believes that Sudan may be using a different metric to Addis Ababa to classify what amounts to beginning the process of filling.

“This latest spat echoes last year’s dispute. It may be the case again that Sudan is classifying water building up behind the dam and engineering preparations as actual filling, while Ethiopia sees the accumulation as a natural process as rains swell the Blue Nile,” he told MEE.

He said sharing of the relevant hydrological date is the only path to avoid the problems between the up and downstream countries.

“Regardless, the most critical aspect is that the two countries share relevant hydrological data and Ethiopia informs Sudan in good time of its plans so that the second year’s filling can occur without causing undue problems downstream,” he said.

On Wednesday, Sudan hosted the Egyptian military for drills they labelled the “Guardians of the Nile”.

An Ethiopian diplomat, who asked not to be named as he was not authorised to speak to the media, told MEE that the joint military manoeuvre is alarming and an indication that Sudan and Egypt are ganging up against Ethiopia.

“We see that even the name of this military manoeuvre and the special Egyptian forces that arrived in Sudan are giving signs that Sudan is taking the side of Egypt in these talks,” he said.

“But more seriously, the two countries are dangling the probable use of force to solve this dispute.”

However, Sudanese Foreign Minister Mariam Alsadig Almahdi has repeatedly denied the Ethiopian claims, insisting that Sudan has no intention of doing anything but solving the crisis through peaceful, political and diplomatic means.

Yet sporadic military confrontations along the border are not helping to lower the temperature.

Conflicts and skirmishes in Ethiopia’s Tigray, Gumoz and Beni Shangol, as well as in Sudan’s Gadaref and Blue Nile states, rage over various issues, including border demarcation, farmland exploitation and mining activities.

Sudanese political analyst Salah Aldoma believes that the Sudanese-Ethiopian disputes can’t be solved other than by peaceful and diplomatic means, adding that the two countries are both very unstable and the continuation of this tension on the border will threaten stability in the entire region.

“The two countries have to go for a comprehensive compromise to solve all the crises together and in one package. Ethiopia has to make concessions regarding the dam, and Sudan can see how to create good coexistence between the Sudanese and Ethiopian farmers on the borders,” he said.

“The potential of the economic partnership between Sudan and Ethiopia is very promising, as Ethiopia is in need of an exports and imports outlet on the Red Sea, while Sudan in need of electricity that can be produced from the Ethiopian dams other than the GERD. In addition, there are many other exchanges of benefits that could create economic stability for millions of people in Ethiopia and Eastern Sudan.”