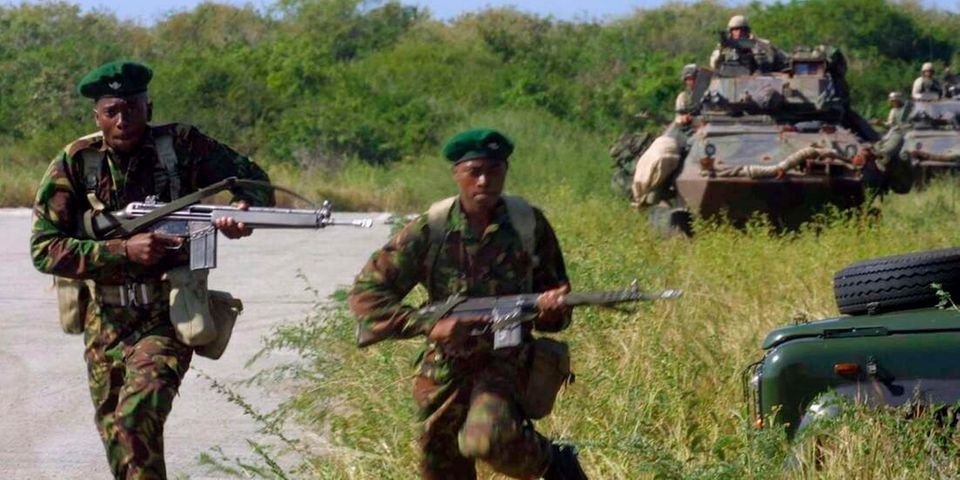 What you need to know:

The US military is sending an unspecified number of special-operations forces for joint military exercises with Kenya from July in a strategic shift by President Joe Biden administration in fight against global terrorism.

The US military said its special-operations troops will assist the Kenyan military beef up their capabilities in undertaking anti-terrorism operations in the region.

The move marks a change in strategy in the level of direct US military involvement on the ground in Kenya.

“We are sending a security force assistance team there (Kenya). In fact, the advanced elements of that element was just there doing a recon and setting the conditions,”  Major-General Andrew M.

Rohling, deputy commanding general of the US Army in-charge of Europe and Africa, said in a security update yesterday.

Kenya has in recent years suffered deadly gun and bomb attacks from the Somalia-based terrorist group Al-Shabaab, which is demanding the country withdraws troops from the Horn of Africa nation.

“We will partner with Kenya to do institutional level training at their infantry school and some other areas. So real forces on the ground doing training with Kenya as partners in the near future, and I think that’ll be important,” said Major Rohling.

The US considers Kenya a “strategic” partner in the fight against terrorism.

US Security Force Assistance Teams or Brigades (SFABs) like the ones expected to be deployed for training specialist missions in Kenya are specialised US Army units formed to train, advise, assist, enable and accompany operations with allied and partner nations.

The mission of the SFAB is to carry out train, advise, and assist missions overseas with foreign nation military partners.

Mr Rohling said the joint exercises will start from July until next year.

Al-Shabaab militants have mainly been attacking Somali government and military targets but they occasionally launch high-profile assaults in neighbouring States, including Kenya.

“We’re conducting exercise Justified Accord 21, JA 21. That’ll happen in July and August of this year, which is a command post exercise, which kind of ties us back to a little of the virtual training we spoke of earlier. That exercise will happen this summer in Kenya. And then a large, real full-sized exercise next year in ‘22, also in Kenya,” said Rohling.

An attack by Al-Shabaab at the heavily guarded Camp Simba in Manda Bay, Lamu, in January last year, quickly drew fresh attention to the potent threat posed by the Al-Shabaab.

The military site supports US operations in Somalia, where Al-Shabaab fighters have waged an insurgency for more than a decade.

Following the attack, the US military vowed to double down on fighting the militia.

The US military admitted after the attack that it was not “as prepared as needed” during the attack.

Al-Shabaab has publicly declared intent to conduct attacks in retaliation for Kenya’s counter-terrorism operations in Somalia, which it conducts as part of the African Union Mission (Amisom) and may be emboldened following the announced US withdrawal of forces from Somalia. Former US President Donald Trump last December ordered the withdrawal of an estimated 700 American troops from Somalia by January 15, 2021, with the Pentagon saying they would be repositioned to other parts of East Africa — likely Kenya and Djibouti — and continue to carry out raids against the al-Shabaab and a smaller cluster of Islamic State fighters from bases in neighbouring countries.

The Biden adminstration has embarked on the reversal of many policies that had been rolled out by Trump.

Mr Biden was sworn in as US President on January 20, ending the tumultuous four-year presidency of his predecessor Trump.

In March, the US government issued a warning to civilian airlines flying in the Kenyan airspace to watch out for possible attacks by militant groups, in what heightened anxiety for the industry already weighed down by massive financial losses due to travel restrictions to curb the spread of Covid-19.

The US Federal Aviation Authority (FAA) said then the advisory was consistent with the fact that Al-Shabaab remains in possession of weapons capable of hitting aircraft at low altitudes of up to 25,000 feet — putting at risk arrival and departure phases of flights, especially on the popular aviation route through northeastern Kenya and Somalia.

The air routes covered by the FAA warning included those connecting Nairobi and Far Eastern countries like Dubai (UAE), India and China, among other destinations serviced by major airlines.