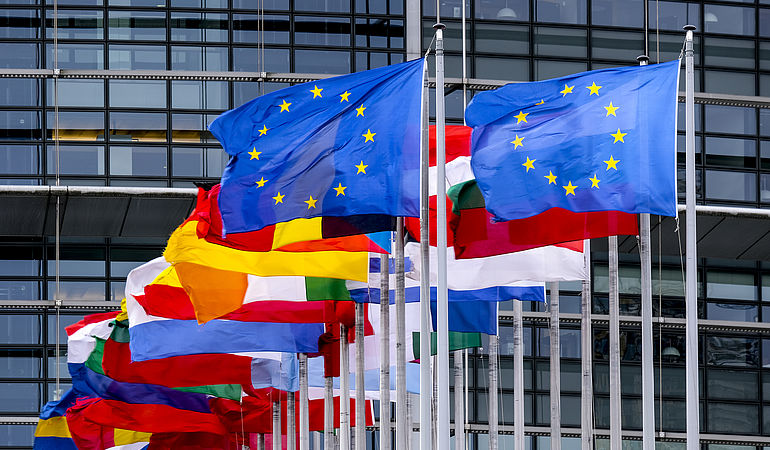 The European Commission wants to prioritize funding for climate, education, and good governance in Ethiopia over the next seven years — though it says it is “unlikely” to consider budget support directly to the government until it sees improvements in the conflict-stricken Tigray region.

A “Working document on programming for Ethiopia,” seen by Devex, was discussed with members of the European Parliament at a closed-door “geopolitical dialogue” Tuesday on the European Union’s 2021-2027 aid budget.

Some 40% of funding for Ethiopia is planned for spending on climate change, sustainable energy, and green growth; 40% for human development, of which three-quarters will go to education and health and one-quarter to migration and forced-displacement issues; 15% to governance and peacebuilding; and 5% to “support measures” such as studies and communication.

The amount of funding was not discussed, however. “We are not in a position to advance individual allocation per country at that stage of the programming process,” a commission spokesperson told Devex.

Brussels is working with EU delegations around the world to marry recipient countries’ priorities within its spending targets on various themes under a new single regulation on foreign spending, worth €79.5 billion ($94.39 billion). Commissioner for International Partnerships Jutta Urpilainen said earlier this month that she hopes to make final decisions on countries under her responsibility, including Ethiopia, this year.

Ethiopia has an envelope of €815 million for the 2014-2020 budgetary period, plus more than €400 million from the EU Emergency Trust Fund for Africa, as well as money received through thematic programs. In total, the commission committed €542 million through the prized modality of budget support to government coffers.

However, in December, Brussels postponed €88.5 million in budget support disbursements to protest the conflict in the northern Tigray region. And Urpilainen hinted in February that another €100 million could get the same treatment this year.

Commission President Ursula von der Leyen sidestepped a question at a June 10 press conference on how the ongoing freeze would affect long-term planning for 2021-2027.

Asked again this week, a commission spokesperson replied: “No decision has been taken yet on potential implementing modalities for future annual action plans in favour of Ethiopia, but we are unlikely to consider budget support as an implementing modality until the Government of Ethiopia meets our requests over granting unhindered humanitarian access, an independent investigation of reported human rights abuses and cessation of hostilities.”

That raises a potential headache for the commission as it tries to bolster education in Ethiopia, a sector often well-suited for budget support. Speaking generally about countries under her responsibility, Urpilainen, a former teacher, told reporters this month that “I think the main modality we are going to use on educational programs is budget support.”

The working document lists “key challenges and opportunities for EU engagement” in Ethiopia, including regular humanitarian crises, such as the Tigray conflict, youth unemployment, economic instability, and government capacity to implement support. “The major opportunity for EU-Ethiopia cooperation,” the document adds, “is the significant alignment of National Development Policies with EU external action priorities.”

Together with USAID Administrator Samantha Power, EU officials were among those pushing the Tigray conflict onto the agenda of the G-7 summit earlier this month. Leaders in attendance said they were “deeply concerned” at “reports of an unfolding major humanitarian tragedy, including potentially hundreds of thousands in famine conditions,” but took no concrete action.

Ethiopian officials met with EU counterparts earlier this month to discuss Monday’s national elections and the Grand Ethiopian Renaissance Dam dispute, as well as the Tigray conflict. The Ethiopian embassy said in a statement that the talks covered “the efforts that are being made to address the humanitarian situation, and steps taken to redress Human Rights violation and other related issues.”

Read the original story on Devex