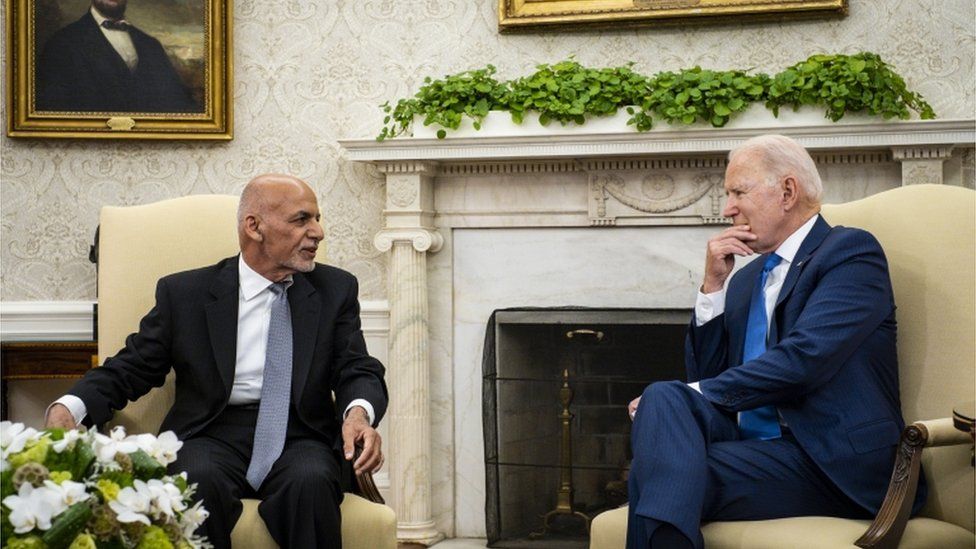 US President Joe Biden has said that Afghans “are going to have to decide their future” as Afghan President Ashraf Ghani visited the White House.

Biden promised continued support for the country, even though US and Nato troops are set to finish their withdrawal on 11 September.

It comes as hardline Islamist Taliban fighters have captured dozens of districts in a recent offensive.

Earlier this week the UN expressed alarm at their gains.

The meeting came the day after the US announced plans to evacuate thousands of Afghans who worked for the US military ahead of the withdrawal. Many fear reprisals from the Taliban.

US and Nato officials have recently said that the Taliban have so far failed to live up to commitments to reduce violence in Afghanistan, according to BBC.

The so-called democracy summit to be hosted by the U.S. next month should focus on its own democratic problems and...

Analysis: As regional countries come to terms with the Assad regime's survival, Syria could become an arena of growing geopolitical...

Washington’s escalating hybrid warfare operations against Ethiopia may have cost the United States its strategic influence over the globally-vital Red Sea/Suez sea lanes. The...

The US military has killed senior al-Qaeda leader Abdul Hamid al-Matar in a drone strike in Syria, a US Central...

In July 2020, Espen Andersen Bråthen was given a six-month restraining order in Kongsberg and Eiker District Court after making...

- there have been radicalization concerns The police announced that the man charged in the Kongsberg attack is a convert...