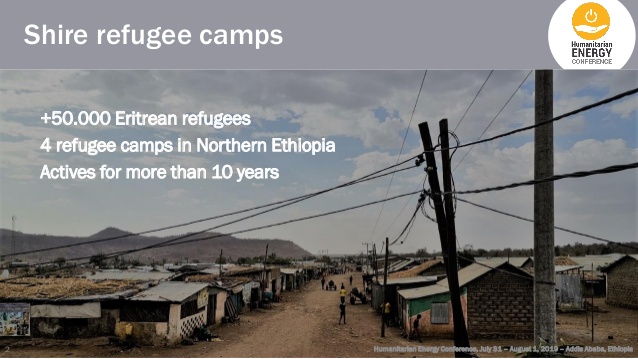 Rights activists say they have received reports that many refugees were brutally killed by local militias.

The UN’s refugee agency says it is “alarmed” by reports of attacks on Eritrean refugees in Ethiopia’s war-torn Tigray region.

A spokesperson for the UNHCR’s Ethiopia office told the BBC they received reports, “from online and other sources”, that hundreds of Eritrean refugees in the western town of Shire have allegedly been killed”.

“We take these reports very seriously and have immediately reached out to our staff, partners, and Eritrean refugees in Shire,” Neven Crvenkovic said in an email to the BBC.

“We have so far not been able to corroborate any of the allegations received but we continue collecting relevant information to help assess the veracity of these reports,” he added.

Rights activists say they have received reports that many refugees were brutally killed by local militias. But it is difficult to confirm the reports as there is a communication blackout in the region, following the withdrawal of Ethiopian troops from Tigray last week.

“The primary responsibility of ensuring the security of the camps lies with the authorities, and we continue to liaise with both local authorities and the Ethiopian refugee agency, Arra, to ensure the security and protection of refugees in the camps,” said the UNHCR.

However, it is not clear how federal authorities can guarantee the safety of the refugees, as they were no longer in Tigray

Around 100,000 Eritreans were in refugee camps when war broke out in Tigray in early November.

Two of the four camps were later discovered destroyed. Many of the more 20,000 refugees who had been sheltered in the camps are still unaccounted for.

Eritrean forces who had been fighting on the side of the Ethiopian government army were accused of kidnapping refugees. Eritrean authorities denied the allegation.

Shimelba and Hitsats camps were located in north-western Tigray, not far from the Eritrean border.

As aid agencies left the camps, the refugees were left with no food and other critical supplies for months.

Some were later able to move to other relatively safer camps in the south-western part of the region.

The UNHCR says land has been allocated in the neighbouring Amhara region to set up a new camp.

There are around 200,000 Eritrean refugees in Ethiopia, according to government reports.

Two people were killed by French soldiers in recent protests against occupation of West Africa. Lucas Leiroz, research fellow in...

A top confidant and an avid activist of the TPLF (Tigray People’s Liberation Front) dehumanized the African Union’s High Representative...

Hundreds wounded in Khartoum as protesters demonstrate against rule of Abdel Fattah al-Burhan Sudanese security forces have shot dead at...

More than 15 killed and More than 100s wonded UN rights chief Michelle Bachelet has said that it was 'utterly...

Statement on the Prospects for Peace in Ethiopia by H.E. Olusegun Obasanjo High representative of the Chairperson of the African...

MOGADISHU (HOL) - A military tribunal sitting in Mogadishu has sentenced a Ugandan soldier to death and another one to 39...