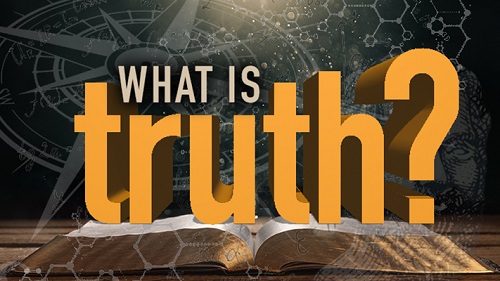 In addition to the grain and coffee harvested from his farms and plantations which kept the family oven continuously busy, he had an annual income in cash of 50,000 to 60,000 dollars. Of this money some was used for building modern houses in the town, bearing rents of 500 and 1,000 dollars a month; some was locked in his safe, and some was always available in plenty in his pockets for the pleasure of it.

Whenever Ato Demissie, grunting, put his hands into any pocket he drew out 10, 50 and 100 dollar notes and whenever Almaz asked him for 20 dollars he gave her 50; and when she asked for 65 dollars, he gave her 100. In general what one could read on the face of the master of the household was: “Come, my soul, eat and drink; my daughter, live in luxury. Care not for tomorrow. If the worst comes to theworst, I have many modern buildings and those foreigners to pay the rent.”

For Admassu Ayele, a sturdy young man, things were quite different as soon as he left school for employment. The first month, until he received his salary, he found it difficult to pay 15 dollars rent, for a room, buy a canvas bed, blankets and sheets. He had nobody to turn to in this world. He came through the first month only because he was able to go to his old school and get food and shelter for the night, after promising the school administrator to buy him a present as soon as he received his first pay.

His father, Ayele, died when Admassu was a four-year-old child. Ato Ayele Aytenfisu did not leave a piece of land or a small house for his son, not because he was not clever or lacked foresight in life: on the contrary, he was a diligent worker and a shrewd merchant. However, as had been the fate of many an unfortunate merchant, Mother Luck had not smiled upon him. Thus, he was simply destined to lead a hand-to-mouth existence.

Despite these misfortunes, Admassu was not a simple-minded child. It was true that when he left school life was difficult for him. But he adapted himself quite quickly to these hard circumstances. The main thing was that he knew that he could depend only upon himself. He bowed and scraped until his brow was coated with dust; he called upon high-ranking gentlemen in order to gain their acquaintance and future support. Moreover, he led a scrupulous and thrifty existence based upon the very necessities of life.

He sold 3,000 square metres of his land for 15,000 dollars and upon the remaing piece of land he had a wonderful house built at a cost of 7,000 dollars. The house consisted of eight rooms and was a magnificent sight to see. He furnished it with modern furniture that cost him 2,000 dollars. Soon afterÃ‚Âwards, he bought a nice little car for 4,200 dollars.

Over and above this he was liked and highly praised by his superiors for his ability, efficiency and integrity so much so that he gained consideration for promotion. His initial salary was 150 dollars but later it was raised to 450 dollars. In fact life for Admassu, at this time appeared not as the “… visitation of the iniquity of the father unto the child.

The proper thing to do at this stage for one who is in his youth and on whom fortune has so generously smiled is to get married and have a family. Admassu was thus looking for a life partner, and for this reason went to girls’ schools whenever he had a chance, to have a look, asking his friends, too, to look out for a wife for him.

However, the way to look for a life partner is not like going to the sheep market and selecting a fat and gorgeous sheep to take home, nor is it like picking one from the pen. A life partner may turn up one day at some unexpected place, perhaps whilst waiting for the bus or entering a shop; or she may be found in someone else’s house.

Having for some time pursued his goal unsuccessfully, Admassu was one day returning home from work at 6 p.m. when he encountered Almaz crossing the Ras Makonnen Bridge and heading towards Saba Dereja. He immediately felt a pang in his heart, for he was instantly captured by her beauty and bearing. Stopping his car on the curb he followed her at a distance and found out where she lived.

That very evening, he penned a love-letter and handed it to her the next morning as she was leaving her house. Within a month they were on kissing terms. Many week-ends they went for rides in the car and he did not refrain from buying her certain presents. When he became convinced that he would marry her, he began to introduce her to his friends and tell them more about her. In spite of all this, there were, among  his best friends, some who were not happy at his coming to know her. The reason was that many people spoke badly of her. “ She is no good. You see her at every party. She has many boy friends.

But the one she loves most of all is one called Tessema.” Some friends of Admassu’s came and told him these things. Amongst them was one Debebe, who was a very close friend of Admassu. One day while sitting together at home with Admassu, Debebe brought the matter up in the course of aconversation.

“ Listen to me, Admassu,” said Debebe,” I advise you to forget this girl. I agree she is beautiful and has a wealthy father. But what good is the wealth a woman brings you ? I am telling you, if you don’t believe what I am saying, you will regret it later. She has a lover named Tessema for whom she has the deepest affection.”

Admassu listened silently but later he began to speak.”Debebe, don’t give ear to all that rubbish,” said Admassu standing up and beginning to pace up and down the room. “ It is all a lie. She loves only me.And I asked her at the beginning whether she had promised to marry anybody else, or if she had a lover, and she told me she had none.”Debebe was incredulous. “ Do you think that she would admit that she had a lover,” he remarked wryly, and added: “ Is she that much of a fool ? “Admassu was very much agitated. “ I did not compel her,” Admassu said. “Why shouldn’t she tell me the truth ? And if she did not tell me the truth only God knows about it. But as for me I can only accept and believe what I hear fromthe woman I love and expect to have as my legitimate wife.”

That was a sincere statement on the partof Admassu. Never in his life had he entertained any suspicion about a person’s honesty nor had he ever questioned anyone about another person’s integrity. He only accepted what people told him about themselves.

Thus, what he believed about Almaz was what  Almaz personally had told him. However, it was in Admassu’s nature to make irrevocable decisions if some hidden truth emerged. If he found a person committing an act he never expected him to commit, he would there and then decide never to have anything further to do with him. He always wanted to believe not hearsay, but what he could see and hear directly from the very lips of the person concerned. Almaz always fulfilled his requests promptly.

She was there whenever and where-ever he wanted her, and if he wished her to wait for him at a certain place and time,she was there 10 minutes before him. From the day they first knew each other, he never saw her going or talking with anybody he did not know. Hence he could not believe a word of what Debebe was telling him concerning Almaz.

In spite of Admassu’s reluctance to believe such stories, Debebe continued to bring him scandalous rumours. Ten days after their tete-a-tete, Debebe came again andstarted talking about Almaz with special stress upon her unfaithfulness and bad character, advising Admassu to give her up completely. Admassu, however,stubbornly refused to heed Debebe’s words. At last Debebe got up angrily and,walking up and down the room, said:

“ So you mean to say, she has never departed from your words and never will. And she does not have a lover called Tessema. Isn’t that what you are saying?” “ Yes,” answered Admassu.” All right, be it as you say,” said Debebe impatiently. But would you do me one last favour if I asked you ?Debebe and Admassu had a very close friendship that was bound by mutual respect and affection. It was not a new bond of casual acquaintance.

Next post No way to stop Ethiopia from filling of GERD: Scholar