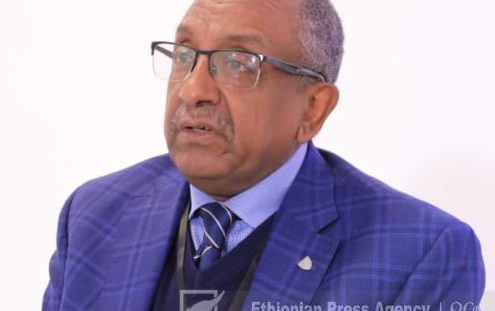 ADDIS ABABA- The Biden’s administration would likely lose seats in Congress in the upcoming midterm election as one consequence of Ethiopian Americans voting for Republican Party.

Usually Ethiopian Americans vote Democratic Partyin election but this time around that might be less likely, according to Ethiopian Diaspora Peace Delegation.

It was hoped the Biden administration would improve the relationship between the two countries that has gone stalled under the Trump administration, members of the delegation who are on a visit to Ethiopia told the Ethiopian Press Agency.

In their discussion with the Ethiopian Press Agency yesterday, they said the Joe Biden Administration has failed to keep the expectation of bringing constructive engagement with Ethiopia’s reformist government led by Prime Minister Abiy Ahmed (Ph.D).

The nine-member delegation underlined the fact that the Ethiopian Americans had hoped to see an improvement of the bilateral relations of the two countries on a win-win base under the new administration.

It is an open secret that people of the past administration living in the US have a profound resource, plundered from Ethiopia, and they hire PR and Lobby firms that mislead the administration, it was noted.

Noting the community’s optimism with the reform government’s policies and actions, they said that the majority of the Ethiopian Diaspora community has been actively engaging in promoting the interests of their country of origin.

Unless the administration attempts to understand the genuine situation in Ethiopia, it is difficult for the democrats members to get Ethiopian Americans ballots, it was hinted.

US citizens who have Ethiopian origin had great roles to get Pres. Biden elected with hopes it could bring the relations to better spotlight, it was said.

There were hopes that Pres. Biden will be far better than his predecessor, and Ethiopian Americans even helped elderly people who did not make it to polling stations and enabled the Biden administration win the election.

The US midterm election campaign is due to commence in two months’ time while the election will be held in November 2022, it was learnt.

The delegation visited internally displaced people in various parts of the country and provided some supports to those in need.