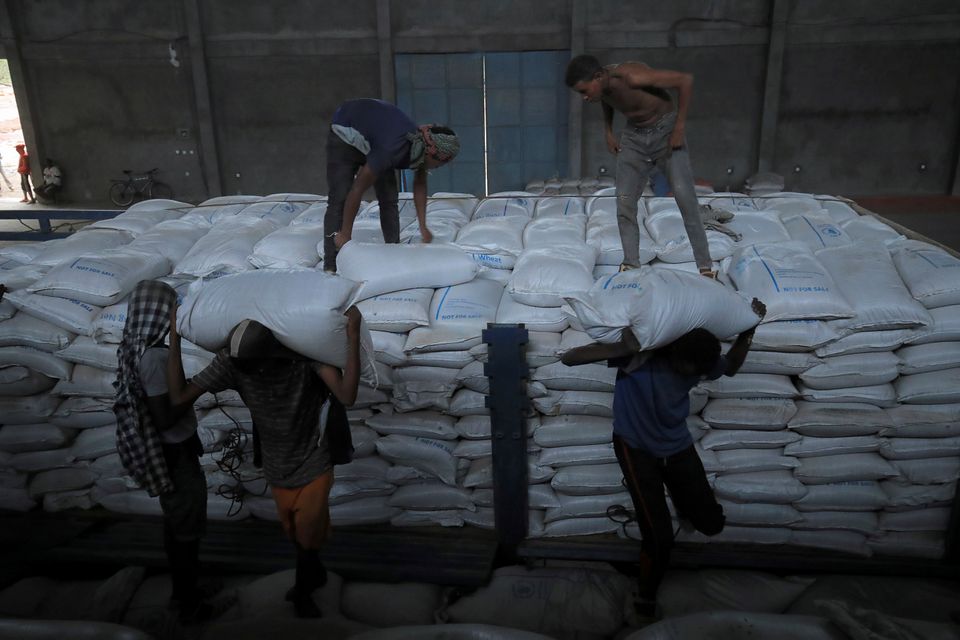 War broke out in the mountainous region last November between Ethiopian troops and the Tigray People’s Liberation Front (TPLF), which controls the region. The conflict has killed thousands and caused a humanitarian crisis.

After retaking control of most of Tigray in late June and early July, Tigrayan forces pushed into the neighbouring Afar and Amhara regions, displacing several hundred thousand more people from their homes.

“We do have proof that several of our warehouses have been looted and completely emptied in the areas, particularly in Amhara, where TPLF soldiers have gone into,” mission director Sean Jones told state broadcaster EBC in a televised interview.

“I do believe that the TPLF has been very opportunistic,” he added.

Representatives for the TPLF and Prime Minister Abiy Ahmed’s office did not immediately respond to requests for comment.

“Any interference or theft of humanitarian aid is unacceptable and prevents critical assistance from reaching people in need. Unfortunately, since the beginning of the conflict in northern Ethiopia, we’ve seen instances of looting from all parties,” a USAID spokesperson said.

Up to 900,000 people in Tigray are already in famine conditions, while five million others are in desperate need of humanitarian assistance, USAID estimates.

For the first time in nine months of war, aid workers this week will run out of food to deliver to millions of people who are going hungry, the head of USAID said last week, blaming the government for restricting access. read more

The Tigrayan forces and the federal government have repeatedly traded accusations of hampering the flow of aid.Reporting by Nairobi newsroom; Additional reporting by Daphne Psaledakis in Washington Writing by Duncan Miriri Editing by Maggie Fick, Grant McCool and Sandra Maler