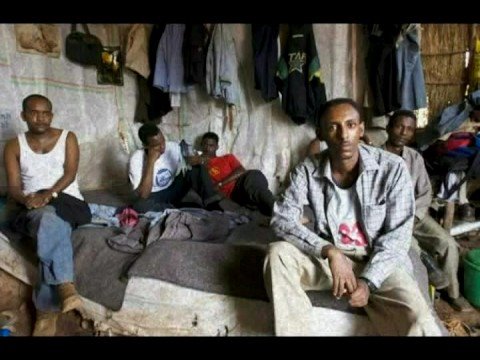 The international rights watchdog detailed the large-scale atrocities and destruction committed at two refugee camps that it said amount to “clear war crimes.”

“The horrific killings, rapes, and looting against Eritrean refugees in Tigray are clear war crimes,” said Laetitia Bader, HRW’s Horn of Africa director “For years, Tigray was a haven for Eritrean refugees fleeing abuse, but many now feel they are no longer safe,” she added. Bader’s report was based on interviews with 28 refugees and other sources, including satellite imagery.

What is the conflict about? Eritrean refugees have been caught in a months-long conflict in northern Ethiopia between government forces and rebel fighters in the region. It escalated with Ethiopian Prime Minister Abiy Ahmed sending troops into Tigray last November to overthrow the regional ruling party, the Tigray People’s Liberation Front (TPLF). Prior to the most recent conflict, Tigray, a mountainous and poor province of about 5 million people, was also home to tens of thousands of Eritrean refugees who had fled poverty and an authoritarian government.

About 19,200 of the refugees lived in two camps — the Hitsats and Shimelba, according to Ethiopia’s Agency for Refugees and Returnees Affairs. What is Eritrea’s role in the conflict? Ethiopia and Eritrea fought a brutal border war from 1998 to 2000. The war saw massive causalities on both sides. When Abiy became prime minister, he initiated a rapprochement with Eritrea for which he won the Nobel Peace Prize in 2018. Now in Abiy’s military campaign against the Tigrayan forces, the Eritrean government has provided him military backing. Eritrean forces arrived in Hitsats two weeks after the conflict began, and subsequently clashed with the rebel fighters.

What does the HRW report say? According to the HRW report published Thursday, Eritrean government forces killed refugees and pillaged and occupied the camp. The report cited UN refugee agency UNHCR figures that showed 7,643 out of nearly 20,000 refugees then living in Hitsats and Shimelba camps are still missing. Both Eritrean troops and Tigrayan fighters took turns occupying and attacking the two camps, killing scores of people, and raping and robbing refugees as they fled, the report said.

HRW said it received “credible reports” that the troops killed 31 people in the Hitsats town, adding that the actual number of casualties was “likely significantly higher.” Days later, Tigrayan fighters attacked an area near Hitsats camp, killing nine refugees outside a church and injuring 17 others, the rights watchdog reported.

Soon after, Eritrean forces gained control of the camp, and are believed to have transported those injured to Eritrea for treatment, the report said. It added that most of them remain missing, along with 20-30 others who were detained. After the Eritrean soldiers withdrew in early December, Tigrayan forces took over, and began looting, raping, and attacking refugees, including with weapons including a grenade, the report said. Eritrean troops again returned and forced those still living in the camps to evacuate. Satellite imagery showed the Hitsats camp was then largely destroyed, HRW said.