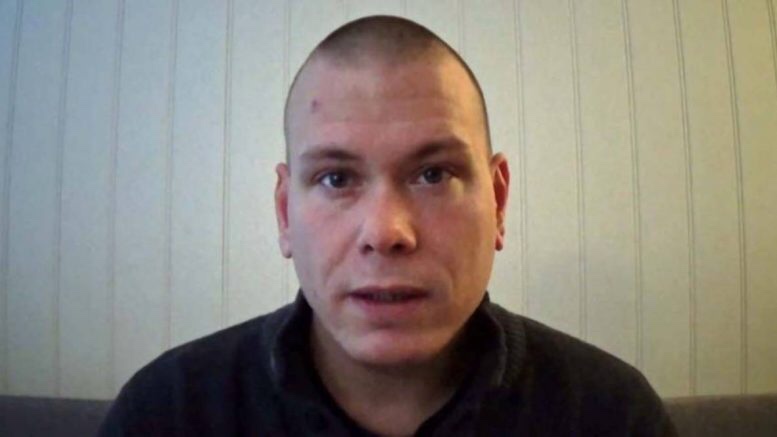 In July 2020, Espen Andersen Bråthen was given a six-month restraining order in Kongsberg and Eiker District Court after making death threats against family members.

The identity of the man charged with the Kongsberg attack has been revealed – it’s 37-year-old Espen Andersen Bråthen. He is a Danish citizen.

Earlier in the day, the police announced that the man charged in the Kongsberg attack is a convert to Islam and that there have been radicalization concerns related to the man.

In July 2020, Espen Andersen Bråthen was given a six-month restraining order in Kongsberg and Eiker District Court after making death threats against family members.

In May of that year, he broke into his parents’ house and threatened to kill his father. The police report states, among other things, that he walked around the house even though they asked him to leave the place, the verdict states.

He is said to have made threats and left a Colt revolver caliber 4.5 mm on his parents’ sofa before he left.

In 2012, he was found guilty of theft and the use of drugs. According to the verdict, he broke into the Norwegian Mining Museum one night in May the same year by smashing a window. That same evening, he bought two grams of hashish in Kongsberg center.

The verdict from Kongsberg District Court states that he had previously been convicted of similar offenses.

A friend of the accused told Nettavisen that he notified the police about the man in 2017. At that time, Bråthen had posted two videos on YouTube, where he made threats.

In the two videos, Bråthen made threats in English and Norwegian.

Norway- Man accused of Kongsberg attack is a convert to Islam –