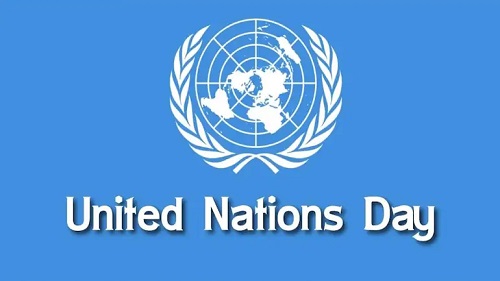 Journalist with Ethiopian Satellite Television (ESAT) Messay Mekonen tweeted that UN and Westerners have been siding to terrorist TPLF ignoring the victimized people from the atrocities taken against them by terrorist. This is why they are crying loudly for the two civilian casualties in Mekele town through ignoring Wuchale Massacre and Wurgessa crime recently committed by the terrorist against civilians because of their ethnic identity.

He underscored that UN official recalled today because of incapability to respect the neutrality standards of the UN mentioned as the reason of being recalled. It is laughable and a lot of them are involved in Ethiopian affairs siding to TPLF.

As to him their role in the current situation in Ethiopia is not bringing stability, but fueling the crisis.

Wubneh Mulugeta on his part said that the ongoing crises by terrorist are supported by UN and US,they are crying for them. Surprisingly we all are aware of them now than ever! So all Ethiopians need to stand to fight to demolish the terrorist TPLF, Ethiopians advise Westerners and UN to revise their policy with sovereign Ethiopia.

He underscored that UN and USA in most cases of Ethiopia are not neutral noting that their Source of information for their decision are CNN, BBC and different terrorists Media. They don’t follow the formal diplomatic channels with Ethiopian officials Permanent Representative of Ethiopia to the UN Ambassador TayeAtske Selassie on his part said thatUN is an invaluable development and humanitarian partner for Ethiopia.

“We are committed to scale-up our longstanding and successful relations with UN and welcome and value initiatives by leaders of our region, through the support ofAU and support UNSG towards sustaining peace and stability in the Horn of Africa”.

He said that Ethiopia respects multilateralism and rules based global order founded on the UN Charter and its cardinal principles. He stressed that Ethiopia celebrated UN day in line with this principle that fit for purpose in the 21st century.

He wished Happy 76th UN day to our global organization. As to the information obtained from the Chinese Embassy in Ethiopia China will never forget that Ethiopia was one of the countries that voted in favor of this important UN Resolution. As the largest developing country in the world, China’s vote in the UN always belongs to the developing world, including Ethiopia.

The source indicated that 50 years ago, China restored its lawful seat in the UN adding that among the 76 favorable votes and 23 co-sponsors of the draft resolution, 26 and 11 were from Africa. The China will never forget that and pay high tribute to all countries and people that stand on the side of justice.