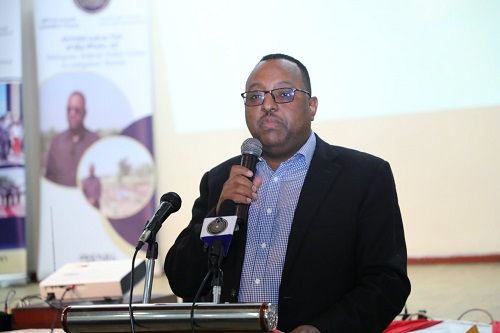 The terrorist TPLF has been working to dismantle Ethiopia and its values since its inception, said Gen. Zelalem Mengistie, Deputy Commissioner and Crime Investigation Bureau Head at the Federal Police Commission.

In his interview with local media, he said, “The document organized by the terrorist TPLF itself has indicated how they are engaging in assisting all terrorists. They have mapped where and when they could

terrorize the people. They were pretending that they are for peace and blamed others. But, all atrocities committed in several areas have been orchestrated by TPLF,” he said.

“Many of TPLF members have also accumulated millions and billions of wealth through illegal trading and contraband. Most of them had nothing. Even ships and flights were abused for their interest. Besides, flags of other countries were employed to execute their missions.”

“International trainings and scholarships were issued only for those who are close to their families. So, they did preparations to form Tigray as independent country after they dismantle Ethiopia.”

“Those who are in Europe, U.S. and in other foreign countries by the then government are sent to execute TPLF mission not to work for Ethiopia,” he said.

As to him, TPLF had also built military force that could be equivalent to the Ethiopian National Defense Forces (ENDF); so, it is clear that they have been doing all things that help them hit their target, and now, they are invading neighboring states mobilizing the people shouldering this ill-intended mission.