Diplomats, Representatives of Int’l Organizations Briefed on State of Emergency 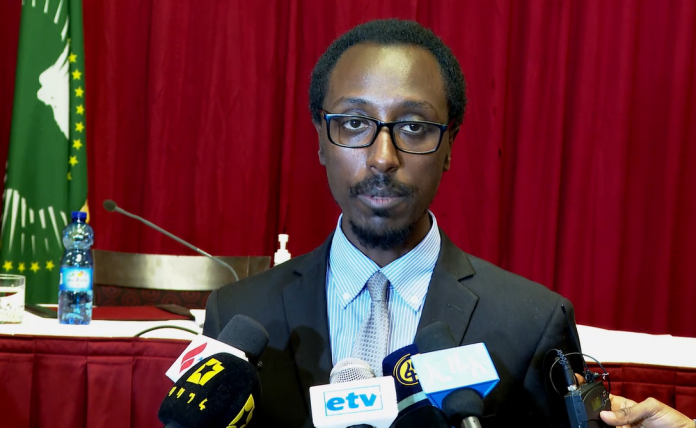 Diplomats and representatives of international organizations based in Addis Ababa were briefed today on the state of emergency in Ethiopia.

During the briefing, Justice Minister Gedion Timothewos said the state of emergency proclamation is enacted to avert the threat against the existence and sovereignty of the country.

“We believe that the TPLF and its terrorist allies pose a grave and imminent danger against the existence and sovereignty of the country. Under these circumstances, we found it necessary to provide the appropriate law enforcement and security agencies with additional power to counter the threat,” he noted.

The state of emergency will be overseen and implemented by a State of Emergency Operation Command to be led by the Chief of Staff.

The State of Emergency Operation Command can order the deployment of the armed forces or other security forces in any part of the country to maintain peace and security, the minister stated.

He also said the command may order security forces to use proportionate force when it finds it necessary for the execution of state of emergency measures provided in this proclamation.

“Without prejudice to diplomatic immunities indicated under the Vienna Convention on Diplomatic Relations, substantive and procedural laws inconsistent with this proclamation shall remain suspended during the implementation of this proclamation,” Gedion elaborated.

The minister said, “We believe that as far as diplomatic mission of states are concerned the proclamation is clear in that it protects and exempts diplomatic immunities from any suspension.”

Gedion further elaborated that “the Government of Ethiopia would like to provide assurances to the concern of inter-governmental organizations and others for the purpose and duration of this proclamation the immunities and privilege with inter-governmental organizations and their staff enjoy pursuant to other international treaties or host country agreement concluded with the Government of Ethiopia will be considered as being analogous to and enjoying a similar exempt status from the state of emergency proclamation as diplomatic communities and privilege  provided for under the Vienna Convention on Diplomatic Relations.”

Therefore, the suspension of substantive and procedural laws inconsistent with this proclamation does not affect immunities and privileges that emanate from host country agreement and other international treaties and instruments concerning inter-government organizations or any international organizations that enjoy similar status under international law, he reaffirmed.

Foreign Affairs State Minister, Redwan Hussien said on his part the very purpose of proclamation is to empower citizens to be very much active in making the safety of all of us and each and everyone living together.

The other one major aspect of this state of emergency is to be flexible for the government to make sure that we all are safe to just bypass some of domestic laws which could hinder the government under the constitutional and other laws, he added.

The state of emergency will remain into effect for the coming six months.