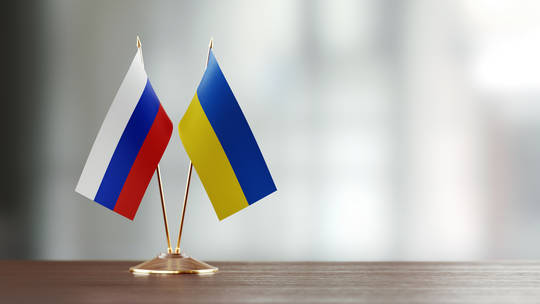 Moscow and Kiev have found certain things that could be agreed on during the ceasefire talks hosted by Belarus and will return for consultations before the next round, both delegations told reporters after the talks ended on Monday.

The main purpose of the talks was to discuss a ceasefire in Ukraine, said Mykhailo Podolyak, adviser to Ukrainian President Volodymyr Zelensky. The two sides have identified a number of priority topics, on which “certain solutions have been outlined,” he added.

Monday’s talks, which lasted for nearly five hours, took place in Belarus near the Russian and the Ukrainian borders. The next round will take place on the border between Belarus and Poland in the coming days, Medinsky said.

Ukraine’s delegation was led by Defense Minister Alexey Reznikov, and its main demand was an immediate ceasefire and withdrawal of all Russian troops from the country.

Zelensky said on Sunday he didn’t really believe the negotiations would succeed, but thought they were “a chance, however small, to de-escalate the situation.”

While the talks were ongoing, Zelensky sent a formal request for Ukraine’s EU membership to Brussels. Meanwhile, Russia has put its nuclear deterrent forces on highest alert amid NATO moves to send weapons to Kiev.

Moscow ordered military forces into Ukraine on Thursday, saying Kiev needs to be “demilitarized” and “denazified” to protect the breakaway republics of Donetsk and Lugansk, as well as Russia itself. Ukraine and its Western supporters accused Russia of “unprovoked” aggression. The UK, US, EU and several other countries have imposed sweeping sanctions targeting not just the Russian economy, but Putin and other senior Russian officials personally.