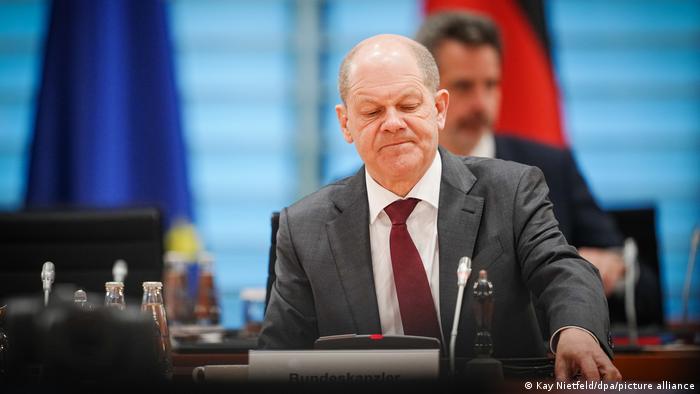 The Russian leader said money would be paid into Gazprom Bank, which is not a subject of sanctions, and then transferred in rubles to Russia, according to a German statement.

Germany’s government said on Wednesday it has received assurances from Russia that Europe would not have to pay for Russian gas supplies in rubles.

In a phone call with Scholz, Putin said the money would be paid into Gazprom Bank and then transferred in rubles to Russia, a German statement said. The bank is not currently subject to sanctions.

“Scholz did not agree to this procedure in the conversation, but asked for written information to better understand the procedure,” the statement added.

Putin said last week that Moscow would only accept rubles as payment for gas deliveries to “unfriendly” countries, including European Union nations.

According to a Kremlin statement, Putin told Scholz that “the decision taken should not lead to worsening of contractual terms for European importer companies.”

He also sought to justify Russia’s demands for ruble payments, saying that “in violation of the norms of international law, the foreign exchange reserves of the Bank of Russia were frozen by the member states of the European Union.”

The Kremlin said the two leaders agreed that experts from each country would hold further discussions on the matter.

G7 countries have rejected Moscow’s demand to pay for gas in rubles, describing it as a breach of contract.

Germany on Wednesday triggered an emergency plan to manage gas supplies that could see Europe’s largest economy ration power if a standoff over a Russian demand to pay for fuel with roubles disrupts or halted supplies. Just hours after Berlin’s announcement, Austria also said it was activating an emergency alert over its gas supply.