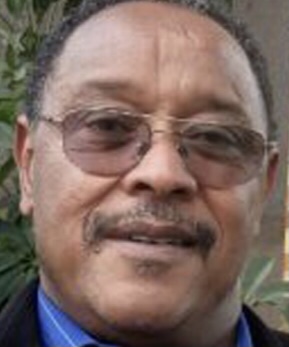 As hundreds of Amhara civilians continue being slaughtered by Oromo rebels in & around the Wolega zones of Ethiopia, one of TPLF’s top generals is caught on video celebrating and hoping to “widen” the rift between Oromo and Amhara elites.

The video of General Abebe Tekle Haimanot comes as Amhara and other Ethiopian politicians continue to criticize the role of Prime Minister Abiy Ahmed’s Oromo administration in the Western Oromia regions where gruesome atrocities have occurred. On June 18, the Oromo Liberation Army (OLA) killed over 500 ethnic Amhara civilians, including women and children in Gimbi area of Wolega zone. Days later, as witnesses put the Gimbi death toll to over a thousand Amharas, another massacre of nearly 300 Amharas took place in Qellem Wollega zone. The OLA reportedly used a hit & run tactic in the Qellem attack, since Oromia authorities were retaking over towns previously held by the rebels, as well as by raiding towns settled by minorities in the absence of the overstretched government army.

Since then, Amhara nationalists accused Abiy’s Oromo branch ruling party for negligence and not protecting minorities; while other Amharas even suggested that parts of the Oromia regional government maybe directly implicated in aiding the OLA (shene) rebels to commit the atrocities.

The OLA has also taken advantage politically of the chaos. After gaining intelligence & military advantage by having some of its members inserted in Oromia region’s security apparatus, OLA has recently translated this access into a propaganda tool, to create mistrust and confusion inside Oromia government. The OLA has also claimed, with no evidence, that Oromia special police Gachana Sirna (which simply means “shield of the system” in Afan Oromo) is killing Amharas or wearing “fake hair” to impersonate OLA rebel fighters.

While there has long been evidence of some rogue Oromo authorities sympathizing and thus collaborating with Oromo rebels; there has been no concrete evidence that Prime Minister Dr Abiy and his central government is supporting the OLA militants. However, emotions and suspicions are increasingly growing in Ethiopian politics.

It is amidst this uproar, finger-pointing and a rise in mistrust between Oromo officials and Amhara activists, that a video of the TPLF general appeared; as Gen Abebe told a Tigrayan media that creating mistrust and division between Ethiopians is one of TPLF’s “primary goal and big task.” Some observers say this disturbing video come out previously, before another tragic mass killing, nonetheless the message is clear that the Tigrayan rebels are working strategically to cause divisions among Ethiopians and spread conflict.

“The division is beginning, the important thing is how do we make the division wider,” TPLF General Abebe said.

“How do we make sure they kill each other?” he added in the leaked video.