Is Sudan Acting as a Proxy for Egypt and TPLF to Destabilize Ethiopia, or Is Sudan being Setup for Dismemberment? 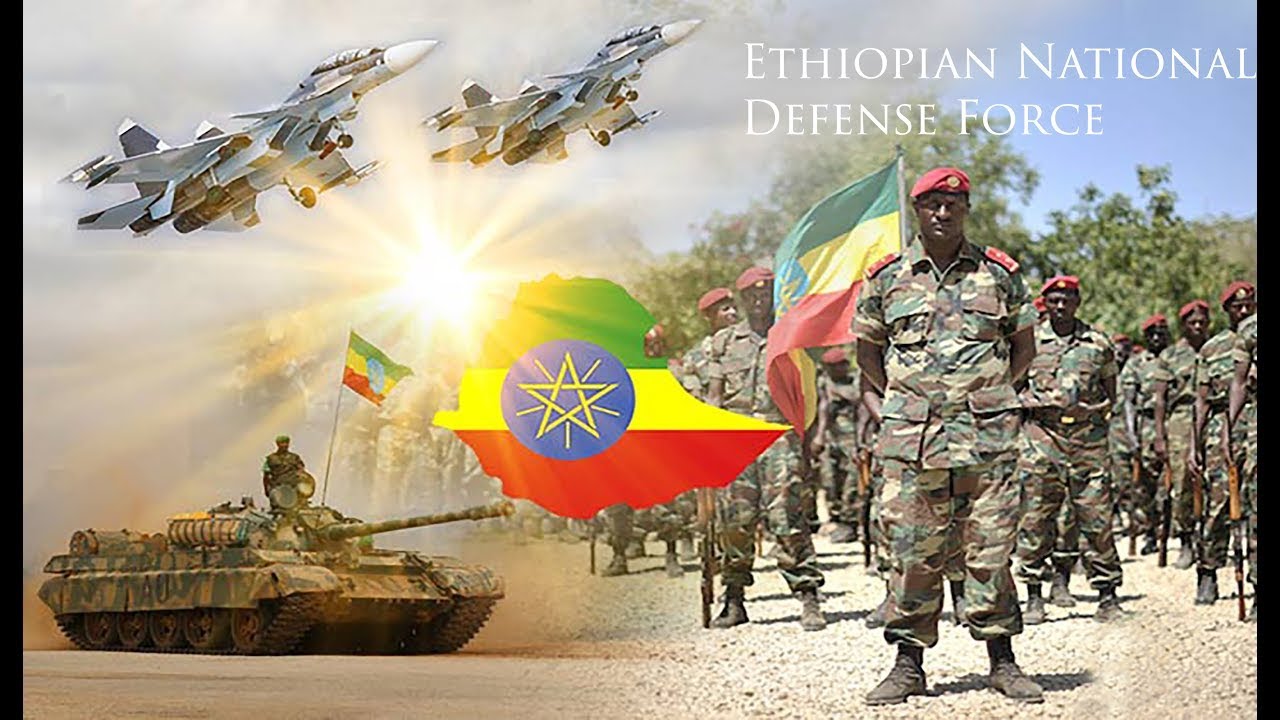 The grand strategic goal of the proxy war being waged against Ethiopia is to sabotage GERD in parallel with “Balkanizing” Ethiopia along the Bosnian model of de facto partitioning FDRE through the weaponization of federalization for indefinitely institutionalizing this outcome. Egypt – with support from USG – uses TPLF and Sudan as its proxies to destabilize Ethiopia. In pursuit of this, a two-front war is being plotted between Ethiopia on one hand and Egyptian-backed Sudan and the TPLF on the other.

This is a republication of a post authored by Andrew Korybko, which was first published in OneWorld. It has been adapted with full permission obtained from the author.

The Economist’s weaponization of fake news in late May was meant to provoke a war between Ethiopia and Sudan, but skeptics scoffed that this interpretation of that outlet’s biased editorial line towards their border conflict was just a so-called “conspiracy theory”. As it turned out, this information warfare provocation actually preceded Sudan’s recent armed provocations against Ethiopia, which vindicated the prior analysis. Sudanese soldiers advanced from occupied Alfashaga deeper into Ethiopia late last month where they ultimately met their end, the details of which are disputed by both sides. This was followed by Sudan ordering strikes against Ethiopian forces, thus bringing them to the brink of war.

Ethiopian Prime Minister Abiy Ahmed released a statement in Arabic on Twitter directed toward the Sudanese people, which he reaffirmed are fraternal with his own and warned against letting third parties divide and rule them. He also expressed optimism that they can peacefully work out their differences in order to mutually develop one another’s countries for the betterment of their citizens. This aligns with his worldview as articulated by his Prosperity Party, which places people-driven development front and center on its political platform. It remains to be seen whether Prime Minister Abiy’s advice will be heeded but his diplomatic intervention should nonetheless be commended.

What’s really happening is that Egypt and its terrorist-designated TPLF proxies, the latter of which have been secretly being resupplied under the cover of UN humanitarian aid shipments, are plotting to divide and rule Ethiopia and Sudan in order to advance their shared aims of destabilizing the Horn of Africa giant through Hybrid War. This is being done to hamstring its rise as one of the continent’s multipolar leaders as well as to punish it at the behest of their shared US-led Western patrons for its principled neutrality in the New Cold War. Ethiopia, unlike Egypt, isn’t beholden to any foreign organizations like the Gulf Cooperation Council (GCC) but proudly maintains its strategic autonomy.

It’s also the historical cradle of anti-imperialism and Pan-Africanism whereas Egypt has long ago surrendered its role as the leader of Pan-Arabism, hence why Cairo remains geostrategically jealous of Addis to this day. Ethiopia, not Egypt, is therefore destined to become one of Africa’s multipolar leaders throughout the course of the global systemic transition to multipolarity. That, however, is precisely why Egypt began to sabotage Ethiopia years ago by politicizing its sovereign right to build the Grand Ethiopian Renaissance Dam (GERD) for ensuring its own people’s electricity needs and enabling itself to export excess electricity throughout the rest of this still largely impoverished region.

GERD doesn’t truly pose a threat to downstream countries like Sudan and Egypt but the last-mentioned saw a “publicly plausible” pretext for politicizing the same green energy project that’ll improve the living standards of tens of millions of people in this part of Africa. That in turn became the cover through which Cairo began clandestinely destabilizing Ethiopia in order to advance its self-interest geostrategic aim of hamstringing its rise as a multipolar leader through Hybrid Warfare, which has nowadays manifested itself in two ways. The first is through the TPLF-driven Hybrid War of Terror on Ethiopia that began in November 2020 and the second is by unofficially seizing control of Sudan as its proxy state.

The TPLF and de facto Egyptian-controlled Sudan are two sides of the same Hybrid War coin, both of which are supported to different extents by the US-led West that’s delegated primary operational control of these interconnected proxy wars to their regional Egyptian partner. The timing of Sudan’s latest provocations coincides with the third filling of GERD, which is the informal “publicly plausible” pretext for what just happened though it also deserves mentioning that this dangerous warmongering is taking place at the most sensitive moment in nearly a century following the unprecedented acceleration of the global systemic transition to multipolarity caused by the Ukrainian Conflict.

The grand strategic goal is to sabotage GERD in parallel with “Balkanizing” Ethiopia along the Bosnian model of de facto partitioning it through the weaponization of federalization for indefinitely institutionalizing this outcome. Sudan and the TPLF are being employed as the tip of this Egyptian Hybrid War spear, which is once again being thrust into Ethiopia but this time against the backdrop of the newfound global systemic context that’s intended to put maximum pressure upon the authorities to unilaterally concede on their objective national interests. In pursuit of this, a two-front war is being plotted between Ethiopia on one hand and Egyptian-backed Sudan and the TPLF on the other.

That said, this ominous prediction isn’t inevitable and can still be averted. The Sudanese people know that Ethiopia and its people aren’t their enemies but that third parties are salivating at the thought of provoking a war between their states in order to simultaneously destroy both of them. The US-led West is the mastermind of this plot but their Egyptian partner is most directly leading operations through their shared TPLF proxies and the Cairo-controlled Sudanese leadership. Self-interest is supposed to influence policy among rational actors, so if the Sudanese military leadership has any sense left, then it should realize how counterproductive it is to its interests to go along with this proxy war plot.

It was always a bad idea for them to patronize the TPLF, and it’s an even worse one to continue doing so after that terrorist group was pushed back into its eponymous region. They’ll never succeed in overthrowing the Ethiopian state and “Balkanizing” it as their overlords want, but their cause is so symbolically important for Egyptian prestige as its leadership considers it to be that Cairo just can’t bring itself to finally cut them off. For that reason, it’s still pulling its strings and those of the Sudanese leadership that it unofficially controls in order to make a last-ditch desperate attempt at destabilizing Ethiopia.

Al-Fashaga and GERD are the informal “publicly plausible” pretexts behind this latest interconnected Hybrid War aggression that’s actually timed to coincide with the most chaotic phase yet of the global systemic transition to multipolarity. The Sudanese leadership is being sent on a suicide mission after being misled by false “nationalist narratives” surrounding Alfashaga and GERD in order to blind it to the military asymmetry between itself and neighboring Ethiopia, not to mention making it downplay the domestic political consequences at home with respect to how it’s inevitably unsuccessful war could embolden the opposition that’s already stepping up their anti-government protests.

The two-front war that Egypt is planning to wage against Ethiopia by proxy via Sudan and the TPLF is actually also a two-front war against Khartoum since it’ll have to contend with both the Ethiopian National Defense Forces (ENDF) at the frontier and the emboldened political opposition in the heart of the country. What Cairo is therefore cleverly doing is setting Sudan up to fail in an attempt to divide and rule both it and Ethiopia in order to create the conditions for exerting Egyptian hegemony over the wider region at both of their expense. Patriotic Sudanese probably already suspected that something foul was afoot but might not yet have realized that Egypt is literally plotting to stab them in the back.

The Sudanese leadership is being sent on a suicide mission after being misled by false “nationalist narratives” surrounding Alfashaga and GERD in order to blind it to the military asymmetry between itself and neighboring Ethiopia, not to mention making it downplay the domestic political consequences at home with respect to how it’s inevitably unsuccessful war could embolden the opposition that’s already stepping up their anti-government protests.Andrew KorybkoTweet

Some of its military leadership has been generously bribed and/or brainwashed with false “nationalist narratives” into thinking that Egypt’s two-front war against Ethiopia will be a walk in the park, but the reality is that Cairo is literally conspiring to destroy both of them by their own hand and that of the TPLF. It’s therefore imperative that patriotic members of the Sudanese Armed Forces (SAF) realize this existential danger to their state and urgently convey these concerns and those of their superiors who also share a sincere and uncorrupted love for their country. If this two-front war goes ahead like Egypt is plotting, then Ethiopia won’t be the one that ends up “Balkanized”, but Sudan.

It’s for this reason that patriotic members of the Sudanese military and civil society are the only chance for averting the further dismemberment of their country as the inevitable outcome of their faux Egyptian “ally’s” Hybrid War plot against Ethiopia. The TPLF wouldn’t mind this “Balkanization” outcome of that neighboring state either since it could simply seek refuge in one of its newly carved statelets upon being finally driven out in full from their eponymous region if this foreign-provoked two-front war prompts the ENDF to launch an all-out liberation mission there. In fact, the TPLF might even turn on their partial Sudanese patrons sooner than later for this very same self-interested reason.

A tragedy of epic proportions is therefore unfolding in this part of Africa, one which can only be stopped by sincere Sudanese patriots in the armed forces and civil society. They must leverage all means at their disposal to raise maximum awareness of the existential threat to their state posed by its Egyptian-controlled leadership being sent on a suicide mission at the behest of their overlords. Cairo is ready to discard them as casually as if they were tissue paper the moment that their strategic utility has inevitably been expended in a Machiavellian attempt to exert Egyptian hegemony over the wider region, though it’s still not too late to avert this scenario if patriotic Sudanese put a stop to it first.

Read the original story on Geopolitics