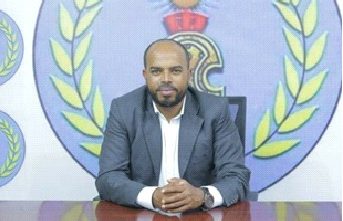 Party Communication Head Hailu Kebede said that the T- TPLF has been robbing different commodities that have been  delivered to Tigray state in the form of aids and other means mentioning that the group has been improperly utilizing the delivered fuels for the party’s own political and economic purposes.

As to him, the Tigray people have been suffering from the crimes that the group has been offending against them.

He stressed that the terrorist group has been embezzling various basic commodities that the community needs daily to save their lives.

Accordingly, the terrorist group has sold a given Sino truck of salt for 5 million Birr that have been delivering to the people.

“The terrorist group also continues its criminal activities against the Tigray people including its members and all the top leaders of the group have been accelerating their robbing goal using gun and intimidation so as to accumulate their own asset under the cover of political party,” he said.

He said, the group continues accumulating resource at the expense of Tigray people, adding that, it is using the conflict in the northern Ethiopia as a good opportunity.

Currently, the public is moving beyond the control of the terrorist group and things are falling apart in the state.

He called upon the international community to support the Tigray people to make them free from the terrorist group and provide humanitarian supports on-time.

Accordingly, the people of Tigray are now under serious problems due to the selfish Terrorist group leaders.