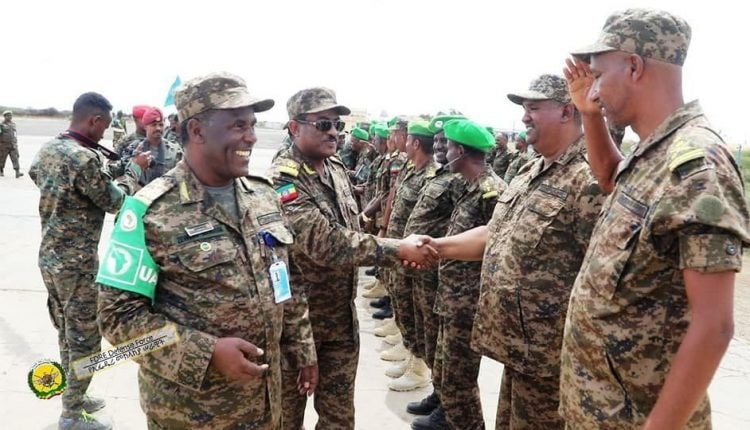 Deployment Head of Ethiopian National Defense Force and Somali Region’s Temporary Security Command Post Coordinator visit South West State of Somalia, Baidoa.
The military officials went there to discuss peace and security cooperation between Ethiopia and Somalia.
The delegation was received by Commander of Sector Three, Brigadier General Zewdu Setarge. The delegation was briefed about the overall activities of Al Shabab in the area.
A discussion was held in the Jubaland state of Somalia regarding the current peace and security situation in the areas bordering Ethiopia and Jubaland.
Earlier in the week, a military delegation led by Lieutenant General Birhanu Bekele, Head of Ethiopian National Defense Force Military Intelligence went to Somaliland to discuss peace and security issues in the sub region.