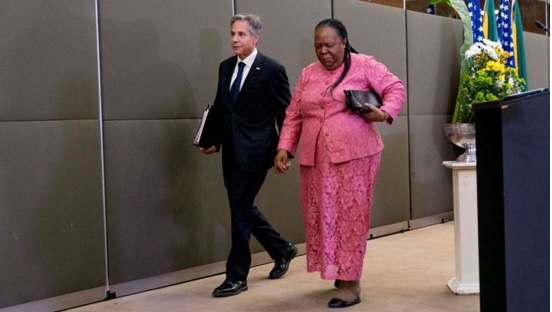 The United States says its new “U.S. Strategy Toward Sub-Saharan Africa” will actively engage the region’s leaders on issues from climate change to pandemic recovery to food insecurity.

The document, published on Monday, states that it is “impossible to meet today’s defining challenges without African contributions and leadership.

The paper says the U.S. will also work with African governments and regional bodies, including the African Union, to support sustainable development “accelerators,” it said.

These included digitalization of financial services and records, investments in health systems and improvements in supply chains for critical commodities.

The new strategy also includes addressing the needs of Africa’s youth. As of 2021, 40 percent of Africa’s population is 15-years-old or younger.

“As part of our increased focus on ensuring African youth have improved access to a broader range of skills and knowledge, the Department of State and the United States Agency for International Development will seek to leverage U.S. academic institutions as well as the private sector, to facilitate the provision of online undergraduate and certificate-level courses in science, technology, engineering, and math fields,” the statement read in part.

The document expands on a November 2021 speech in which U.S. Secretary of State first spelled out President Biden’s African agenda. Its publishing comes as Blinken arrived in Africa for a three-nation tour of the continent.

He arrived in South Africa on Sunday and is also scheduled to visit the Democratic Republic of Congo and Rwanda.