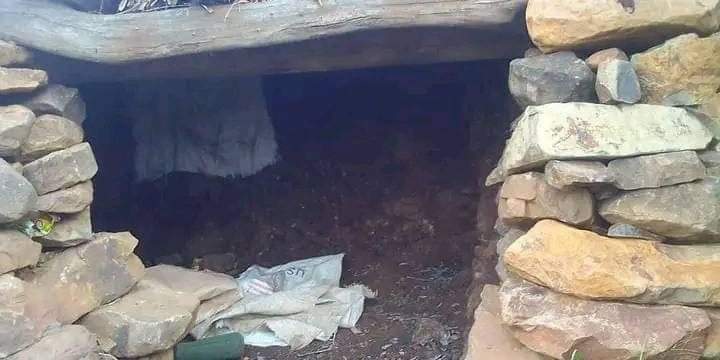 EN12 News – TPLF retreat in the Raya Front is said to be not a strategic one. It is seen as significant battle loss although it is claiming that it has captured thousands of government forces

The way the Ethiopian government handled this round of defensive war ( it is expected to transform to an offensive one) against the Tigray People’s Liberation Front (TPLF) is a little different from the previous one.

Information about battle achievements or battle situations are not available the way they used to be during the first and second round of the attack.

However, information is still trickling in from different sources.  It is not established , based on local sources, that the town of Gobiye – north of Woldia,  along the Wolida Mekelle road, is in the hands of joint Ethiopian forces. Rebels are retreating further and suffering considerable losses.

The development is significant given the fact that residents of Woldia town, who left behind their cities to make it  to Dessie about four or five days ago for fear of possible rebels’ entry to the town, are now back to their town. It is business as usual in Woldia with the resumption of banking and other services.

However, there has been an attempt by the TPLF forces to open multiple battle fronts in the West  with an apparent move to win a decisive military win in the Humera and Wolkait area. However, reports suggest that it remained ill-fated.

Local administrations in Wolkait and Tegede have reported, according to DW Amharic, that war is continuing in the area. No details about losses or gains from both sides.

However, government authorities have said that the locals in the conflict zone in Humera and Wolkait are not in a panic mood and are not leaving the battle zone. They are reportedly providing logistical support to the joint forces in the area.

The TPLF has been accusing the Ethiopian government, this week, of opening new battle fronts in the West. It went on to claim that Ethiopian forces are teaming up with Eritrean forces to open war from the North too.

Deputy Prime Minister and Foreign Affairs  Minister, Demeke Mekonnen, rejected the accusation saying it is usual for what he called the terrorist TPLF forces to open a fight and point to finger on others.

When the Deputy PM engaged the diplomatic corps in the Ethiopian capital Addis Ababa earlier this week, he said the government is still committed to unconditional peace talk while it has also a duty to take any appropriate action against renewed TPLF aggression.

The Ethiopian government is still reportedly fighting a defensive war and that it has not yet started counter-offensive which is expected to give the TPLF a heavy blow.

There is already circumstantial evidence that the Ethiopian joint forces are making gains and advances in the north. The Defense Force on Friday shared images of stocks of abandoned USAID nutritious food aid in fortified trenches  that were under TPLF forces.

There is unconfirmed news from citizen journalism that Ethiopian forces have captured places of military significance in the Abergele (Waghumra) zone which is bordering Tigray in the centre west.

The TPLF has not made new claims this week regarding controlling towns or places. There are some voices who are fearing that the TPLF forces could play a trick of avoiding towns and cutting through the countryside to

The TPLF started the third round of military attack against Ethiopia a few days after it “stole” 570,000 liters of fuels from the World Food Programme warehouse in Mekelle.