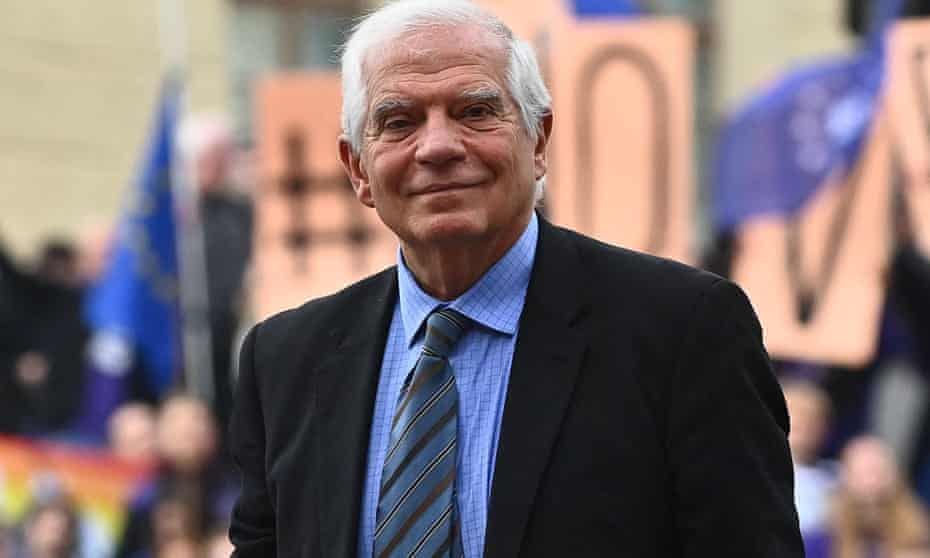 The EU’s foreign policy chief has accused his top diplomats of being slow, ineffective and patronising towards the countries they work in, also berating them for failing to anticipate Russia’s invasion of Ukraine.

“This is not a moment when we are going to send flowers to all of you saying that you are beautiful, you work very well and we are very happy,” Josep Borrell, the EU’s high representative for foreign policy, told ambassadors who work for the EU’s external action service.

Borrell, a Spanish former foreign minister, who has a reputation for bluntness, lamented that the EU’s global diplomatic network was less informative than reading the papers. “Sometimes, I knew more of what was happening somewhere by reading the newspapers than reading your reports,” he said.

“I should be the best-informed guy in the world,” Borrell complained, instructing them to be more reactive to unfolding crises. “Behave as you would behave if you were an embassy: send a telegram, a cable, a mail – quickly. Quickly, please, react.”

The EU, he said, had failed to predict that Russia would attack Ukraine, leaving him reliant on warnings from the US, notably a phone call from US secretary of state, Antony Blinken, two days before the invasion. “I have to recognise that here, in Brussels, the Americans were telling us ‘they will attack, they will attack’, and we were quite reluctant to believe it.”

As his audience sat in silence, Borrell accused his diplomats of lacking empathy and patronising counterparts in their host countries. “We think that we know better what is in other people’s interests. We underestimate the role of emotions and the persisting appeal of identity politics.”