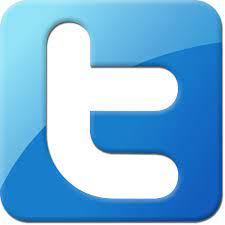 On Monday, Twitter disabled the accounts of at least a dozen Ethiopians and Eritreans and their related groups without justification. The accounts had recently helped promote the #NoMore hashtag campaign decrying US intervention in the two nations’ affairs, which led to worldwide protests.Among the disabled accounts was Horn of Africa Hub, a page started in October 2021 with 18.8 thousand followers that describe itself as “combating false, deadly narratives about the Horn of Africa,” including in Ethiopia, Somalia, Eritrea, Djibouti, “and beyond.” The page had been instrumental in promoting the #NoMore hashtag campaign, which became immensely popular with the Ethiopian and Eritrean communities both inside those countries and around the globe.As Sputnik reported, several large protests involving tens of thousands of participants, took place in Washington, DC, Addis Ababa, and more than 30 countries around the globe thanks to organizers using the #NoMore hashtag, demanding the US stop sanctioning Ethiopia and Eritrea, stop demonizing Ethiopian Prime Minister Abiy Ahmed, and for Western media to stop spreading misinformation about the conflict between the two governments and the Tigrayan People’s Liberation Front (TPLF).

Another account taken down was that of Simon Tesfamariam, executive director of the New Africa Institute and one of the administrators of the Horn of Africa Hub page. Speaking to Sputnik on Monday, he said that “today, Twitter suspended every account associated with my phone without any prison warning. This includes accounts that I do not even use. Eleven other accounts associated with fighting imperialism in the Horn of Africa were also taken down without warning.

“Coming on the heels of the massive #NoMore global demonstration against intervention in the Horn, this Twitter crackdown is clearly politically motivated and has little to do with Twitter’s ‘rules and regulations,’” Tesfamariam said in his statement.“In fact, today’s suspensions are seen as part of a second wave of repression against the #NoMore movement. Earlier this month, Twitter shut down a number of accounts immediately after the start of the #NoMore campaign on November 1. The suspensions will likely continue, especially as #NoMore spreads like wildfire beyond the Horn to other parts of Africa, including Burkina Faso and Niger where Africans are saying “no more” or “pas plus” to French troops.”“Twitter’s attempts to silence one of the most robust and active anti-imperialist communities on Twitter will only grow the movement in both the digital and physical world.

“We will not go away silently,” he added. His account, which was 12 years old, had more than 36,800 followers.Cover for US Foreign PolicyUS-based social media giants like Twitter have a long history of policing accounts on their platforms that are used to counter US foreign policy aims. Twitter has taken down thousands of accounts in vast sweeps that sometimes claim to be targeting state-directed disinformation operations – with little evidence that their popularity is anything other than people with a different perspective than Washington’s – as well as many sweeps for which no justification at all is given.For example, in September 2019, Twitter disabled dozens of Cuban accounts for government ministries, government officeholders, and even Cuban journalists, just minutes before Cuban President Miguel Diaz-Canel addressed the nation about ways to mitigate the country’s fuel shortage.

Other targets have included accounts from Iran, Venezuela, Nicaragua, Bolivia, Russia, and China.On the other hand, Twitter has looked the other way when the disinformation campaigns push a pro-US narrative, as they did in July, when an astroturfed campaign promoted anti-Cuban government messages just as the US government sought to fan and amplify protests in Cuba, as well as claims that the Cuban government was violently repressing the demonstrations. Similarly, users have claimed that Twitter has strictly moderated the behavior of pro-Abiy users while giving generous leeway to threats and attacks by pro-TPLF accounts.When it comes to Ethiopia, Twitter’s Monday takedowns fall perfectly in line with US interests. As Sputnik reported last week, US and European diplomats have been meeting secretly with leaders of the TPLF to express their support for the Tigrayan offensive and for a “transition government” following their prospective capture of Addis Ababa and removal of Abiy.

However, new gains made by the Ethiopian military over the weekend have cast that outcome in even greater doubt.One meeting captured on video was hosted by the Peace and Development Center International (PDCI), a think tank reported to have connections with the TPLF. According to investigative journalist Jeff Pearce, one of the founding members of the PDCI was Mimi Alemayehou, a business mogul who rallied support among the Ethiopian-American diaspora for now-US President Joe Biden’s 2020 election campaign and who sits on Twitter’s board of directors.However, Alemayehou has since sought to downplay the report, distancing herself from the PDCI in a Saturday statement that called Pearce’s article about her involvement in setting up the think tank a “defamatory accusation.” She also said in her role at Twitter she is “not involved in any content moderation decisions.”The conflict in Ethiopia began in November 2020 when the TPLF, which was the US’ most reliable regional partner during the three decades it was in power, attacked Ethiopian military units stationed in the northern Tigray state. Abiy, whose political reforms since 2018 have weakened the once-dominating power of the TPLF in Ethiopian affairs, has long been hated by them. After he postponed elections due to the COVID-19 pandemic, the TPLF held its own in defiance.After early setbacks, the TPLF pushed the Ethiopian military and their Eritrean allies out of Tigray and launched their own offensive into neighboring Afar and Amhara regions, making an already massive humanitarian crisis worse.According to United Nations data, more than 70,000 people have fled the violence, heading across the border into neighboring Sudan, and an estimated 4 million more have been internally displaced. There is no reliable death toll for the conflict. Tigrayans have alleged Abiy’s government has orchestrated a genocide in Tigray, which have been widely echoed in Western media. However, while the UN Human Rights Office and Ethiopian Human Rights Commission documented human rights abuses by all sides in the conflict, their report published earlier this month found no evidence of a genocide.