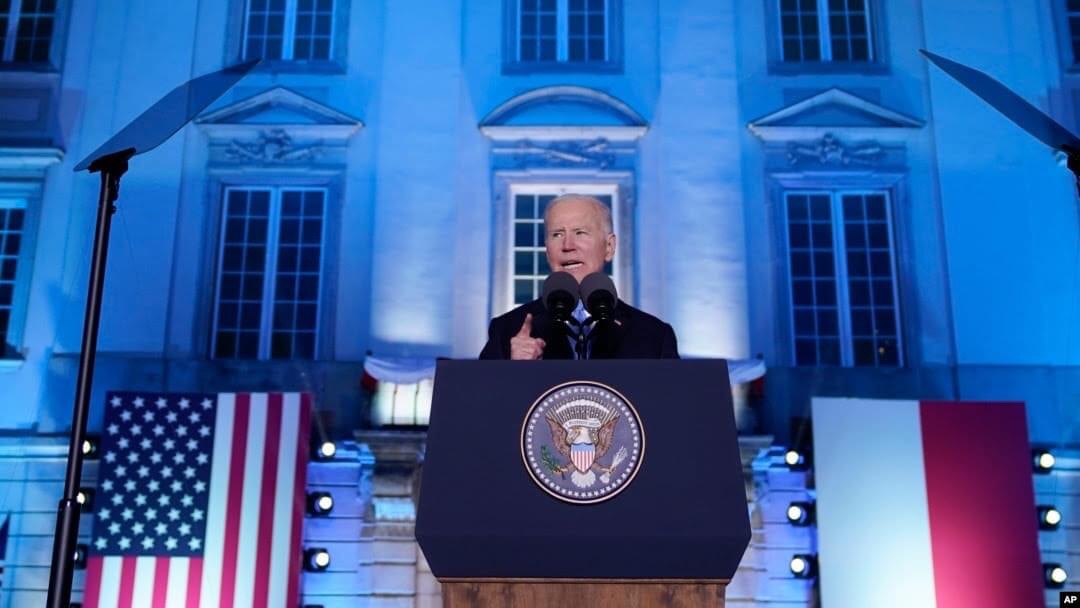 US President Joe Biden has called for Russian President Vladimir Putin to be deposed. He made a direct appeal to the Russian people during a speech in Warsaw, where he had met for talks with high-ranking Ukrainian officials on Saturday.

“For God’s sake, this man cannot remain in power,” Biden declared at the end of an emotionally overwrought speech in the Polish capital’s Royal Castle. While he has previously denounced Putin as a “war criminal” and a “dictator,” and lobbed at him all manner of other geopolitical insults, this was his first recorded demand that the president be removed from office.

Biden also spoke directly to “the Russian people,” insisting that despite weeks of punishing sanctions and forcing hundreds of American and European-based companies to pull out of the country, “you, the Russian people, are not our enemy.”

He then attempted to liken Ukrainians fighting “Russian aggression” to the Soviet Union defending itself from Nazi Germany in World War II. A comparison which ignores how the modern Ukrainian state regards Nazi collaborators of that era, such as Stepan Bandera, as national heroes.

Biden spoke more sternly to Russian leaders, warning them not to “even think about moving on one single inch of NATO territory,” due to the “sacred obligation” the alliance has under Article 5, its mutual defense treaty. Moscow has never indicted that it has any

“American forces are in Europe — not in Europe—” the president began, correcting himself, “to engage in conflict with Russian forces.” Biden warned 100,000 American troops were waiting to defend Washington’s European allies.

The president warned NATO and its allies that the posturing against Russia “would not be easy, there will be costs, but it’s a price we have to pay,” before waxing poetic about the “flame of liberty” chasing off the “darkness that drives autocracy.”

Speaking later, a White House official clarified that Biden was not calling for regime change in Russia when he made his remarks.

“The President’s point was that Putin cannot be allowed to exercise power over his neighbours or the region. He was not discussing Putin’s power in Russia, or regime change,” they said.