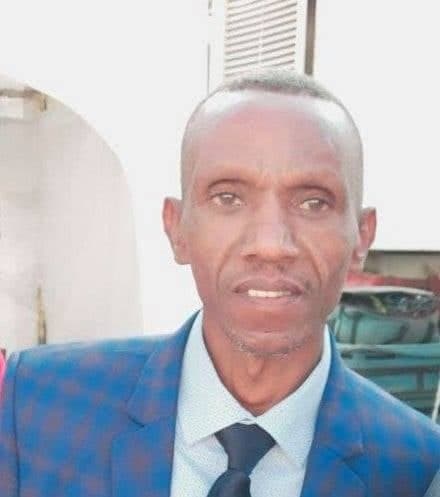 Nairobi, CPJ— Ethiopian authorities must swiftly and credibly investigate the killing of reporter Sisay Fida and guarantee the safety of journalists in the country, the Committee to Protect Journalists said today.

On the evening of May 9, two unidentified attackers in the town of Dembi Dollo, in the Oromia region, shot and killed Sisay, a reporter and coordinator for the Oromia Broadcasting Network, a broadcaster owned by the regional government, while he was walking home from a wedding, according to reports by his employer, the BBC, Deutsche Welle, and the U.S. Congress-funded broadcaster Voice of America.

Ahmed Yassin, the deputy director of peace and security in the West Wellega Zone, whose jurisdiction includes Dembi Dollo, told Voice of America that he believed Sisay had been killed by the Aba Torbe, which officials say is a hit squad linked to the Oromo Liberation Army armed group.

Bilisuma Gutta, a spokesperson for the Oromo Liberation Army’s Western Zone, denied any involvement in the killing and denied that the group had any connection to the Aba Torbe, according to the Voice of America report.

Ahmed also said that police had identified two suspects by name and were searching for them, according to the news reports.

“The killing of Ethiopian journalist Sisay Fida not only silences one voice, but also sends a devastating message about the dangers facing journalists throughout the country,” said CPJ’s sub-Saharan Africa representative, Muthoki Mumo. “Authorities can reassure journalists working in Ethiopia of their safety by carrying out a credible investigation into Sisay’s killing, and delivering justice through a fair and transparent process.”

Ahmed told Voice of America that he believed Sisay was killed because he worked for the government and because he had respect in his community. CPJ was not immediately able to find contact information for Ahmed.

Bilisuma, however, accused the government of Prime Minister Abiy Ahmed of killing Sisay; he did not provide any explanation for why they would have done so.

A colleague of Sisay’s, who spoke to CPJ on the condition of anonymity citing safety concerns, said that the journalist had received anonymous death threats on his phone over OBN’s reporting on western Ethiopia. This colleague and another Oromia-based colleague, who knew Sisay and also requested anonymity for safety concerns, said that they believed Sisay was targeted for his work with the station.

The Oromo Liberation Army broke away from the Oromo Liberation Front opposition party in 2019 and has been accused of killing civilians and government officials as part of an insurgency in the region, according to news reports. The group has previously denied such allegations, and has accused the Ethiopian government of human rights violations, according to those reports.

On May 5, days before Sisay’s killing, the Ethiopian federal parliament declared the Oromo Liberation Army a terrorist organization, alongside the Tigray People’s Liberation Front, a group fighting the federal government in northern Ethiopia, according to media reports.

One of Sisay’s colleagues and another journalist familiar with the case, who requested anonymity because they are not authorized to speak publicly on the matter, told CPJ that Sisay had recently worked on a report about public opinion concerning that terrorist designation. CPJ was unable to review that work.

The Oromia Broadcasting Network did not respond to CPJ’s emails and messages sent to its Facebook pages seeking comment; CPJ’s calls to the broadcaster did not connect or went unanswered.

When CPJ called Oromia regional government spokesperson Getachew Balcha on May 13 and 19, he said that he was too busy to speak; he did not answer follow-up calls or messages sent via messaging app. CPJ also called, emailed, and sent Facebook messages to the Oromia Communications Bureau, the regional government’s public relations’ office, but did not receive any replies.

CPJ called Oromia police commissioner Ararsa Merdassa for comment but the calls did not connect, and he did not reply to messages sent via messaging app.

Sisay is the second journalist to be killed in Ethiopia this year, following the January shooting of Dawit Kebede Araya in Mekelle, the capital of Tigray. CPJ is investigating Dawit’s killing to determine whether his death was work-related.