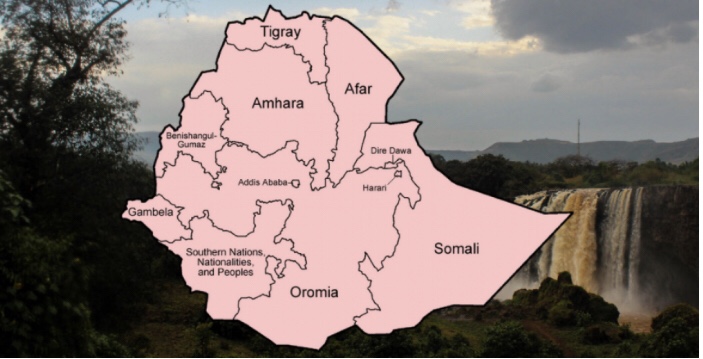 Families without children are often left begging for food. Homeless children living on the streets are easy prey, and of course, children with families may simply go missing.

For years, it’s been common knowledge that children (under 18s) are routinely recruited into the Tigray People’s Liberation Front (TPLF) in Ethiopia.

The TPLF is both highly centralized as well as regimentalized down to the village level. Their militaristic preparations began during the overthrow of the Derg — the military junta that ruled Ethiopia from 1974 to 1987. Eventually, the Derg was replaced with the People’s Democratic Republic of Ethiopia (PDRE) which continued to be controlled by members of the Derg. In 1991, a coalition of ethnic-based rebel groups overthrew the PDRE and formed the Ethiopian People’s Revolutionary Democratic Front (EPRDF).

The TPLF was a dominant force in the new coalition government until Prime Minister Abiy Ahmed was appointed by the EPRDF in 2018 to assume the leadership. Those militaristic preparations, along with 27 years in power, means many of the same leaders are still around to seek similar rebel alliances and reinforce the regimentalized militia structure that includes the use of children.

Tigrayans have been posting pictures and videos of children carrying out wartime activities. There are also reports from government soldiers fighting the TPLF and from child soldiers themselves that children are being used as fodder by the TPLF.

Most disturbing is the July 14, 2021 New YorkTimes article by Declan Walsh, with photographs by Finbarr O’Reilly, in which Walsh paints a picture of selfless children fighting for Tigrayan independence while completely ignoring the fact that the recruitment and use of children in conflict is a war crime and contravenes the UN Convention on the Rights of the Child. The Walsh article and O’Reilly’s pictures have since been removed from the Times’ site, but, while available, glorified the TPLF’s use of child soldiers.

As for the TPLF, they claim the children are not actively engaged in battle but instead are just helping TPLF soldiers with tasks like gathering arms abandoned by the retreating Ethiopian National Defence Forces (ENDF).

Even if this were true — which is unlikely given that the ENDF departed from Tigray to respect provisions of a unilateral ceasefire rather than as a result of any hot pursuit by the Tigrayan fighters — it is still a violation of the UN convention and is a war crime in and of itself, as the law holds that children under 18 years of age are not to play any role in war, including, but not limited to, cooking, spying, or carrying weapons for soldiers.

ENDF soldiers have reported that the TPLF is in fact using armed child soldiers as their first line of defence. The children are sent to engage with the ENDF while TPLF forces bring up the rear.

ENDF soldiers have reportedly not fired on the children leaving the fighters vulnerable to attack from the TPLF. They also reported children dropping their weapons to run off to neighbouring villages seeking shelter and safety as well as children putting down their guns and surrendering to ENDF forces.

The Tigray People’s Liberation Front chairman (and president of the Tigray region) Debretsion Gebremichael foreshadowed the use of children by the TPLF in this conflict when he stated in a speech: “Starting with children, everyone will fight.”

The TPLF is strategically using children to create a human wave in an attempt to overwhelm the ENDF. The federal military will not shoot children and so the TPLF are safe behind their human shields. For those doubting the credibility of reports that the TPLF is using children to fight its battles, Ann Fitz-Gerald, director of the Balsillie School of International Affairs and a professor in Wilfrid Laurier University’s Political Science Department notes that there is ample photographic and video evidence of this.

“The use of children to support any element of armed conflict constitutes a war crime — that the international community is observing this evidence and remaining silent questions the whole value of the conventions and protocols the world has adopted to address such crimes.”

Fitz-Gerald also suggests that these crimes, with knowledge of both historical context and insurgency campaigns, could have been better predicted.

“Patterns have emerged based on the ongoing and concerted propagandist efforts to link Ethiopia’s federal government with war crimes and violations impacting on strategic policy agenda of donor organizations. We saw this with the accusations over things like the use of chemical agents like white phosphorous and the use of Russian mercenaries — evidence of which was not found. These ongoing efforts have been used to push the international community to insist on negotiations as nothing else will provide a platform for the TPLF to table unrealistic demands. For this reason — and very sadly — it was not surprising that the issue of children would become another strategic policy button for the TPLF to press. But what perhaps could not have been predicted was the call for the unilateral ceasefire and the pulling of federal troops from the region. Without anyone left to blame, the TPLF moved their fighters and child recruits out to the border regions so that federal forces positioned in close proximity of the regional borders could be levied with accusations of child-related atrocities. And in the face of the international community’s ongoing silence, these predictable tactics manifested in the death and injury of hundreds of children.”

Like the evidence of the TPLF’s use of child soldiers in Tigray, there is now ample evidence that the TPLF used these child soldiers to invade Afar and Amhara regions and that hundreds of children were killed. Those rescued by the ENDF verified recruitment by the TPLF. Child soldiers often bring with them a vitality and energy that makes them easy to train. Perhaps more importantly, they have a false sense of bravery or invincibility and when plied with drugs — as children rescued from the TPLF are reporting — some have no fear.

Recruitment has been made easier for the TPLF since they support the infrastructure that includes the distribution of food aid.

The TPLF have a registration process which denies food aid to families who don’t supply a child fighter. Families without children are often left begging for food. Homeless children living on the streets are easy prey, and of course, children with families may simply go missing.

So why does the international community refuse to condemn the use of child soldiers by the TPLF? They had no problem condemning and apparently hunting down leaders of the Lord’s Resistance Army in Uganda, which recruited and trained child soldiers. And, as Fitz-Gerald states, it was very vocal when Jermichael Boko Haram routinely kidnapped Nigerian children, and when armed groups in 2018 in South Sudan continued to recruit child soldiers and force them into conflict.

“The accountability structures of NGOs that have, through this crisis, appeared to have taken a selective approach to humanity, need to be asking some serious questions. With ample evidence, questions become raised concerning internal structures in these organizations. Why, as noted recently by one Italian media reporter, did Amnesty International admit to being aware of the TPLF’s use of child soldiers but, in defending its silence, cite difficulties in accessing the area? The same organization that was content to report on an Axum massacre whilst hundreds of miles away from Axum and on the basis of telephone numbers handed to it without precise knowledge of who was interviewed or where the respondents were speaking from.”

“UNICEF is deeply concerned about the safety and wellbeing of children affected by ongoing military operations in the Tigray Region of Ethiopia. UNICEF calls on all parties to the conflict to adhere to international humanitarian law and to protect children from harm.”

According to Fitz-Gerald: “The silence of the international community exposes a sense of selective humanity within the realm of international law. The question is why are Ethiopian children different and not as deserving?”

It should not be lost on Canadians that War Child Canada to date has not issued a statement on the situation in Ethiopia. Even Romeo Dallaire, appointed special advisor to the Canadian International Development Agency on matters relating to war-affected children around the world, has remained silent. As has Amnesty International. UNICEF offered a media statement at the beginning of the conflict but there has been no follow up and donor countries have not issued independent statements of their own.

A member of the Ethiopian diaspora, Menelik Girma, has just returned to Canada from a trip home. He believes the unilateral ceasefire put in place by Ahmed could be what’s needed to make the world face the truth about the TPLF.

In a phone interview, Girma said that life in Addis Ababa was normal and he felt very safe in the capital. He also said the Ethiopian people were frustrated with biased Western reporting favouring the TPLF.

“The TPLF are not underdogs. They divide and conquer among ethnic groups. The TPLF started this conflict with a pre-emptive attack and they are fighting for power. When the government responded they were painted as the villain.”

Girma would like to see the West pressure the TPLF into ending the illegal use of child soldiers and to be held accountable for their actions just like the international community did in Sierra Leone, the Democratic Republic of the Congo (formerly Zaire), and Uganda.

Instead, “the media is not mentioning TPLF use of children. Western media is silent,” he said.

During elections held in June 2021, Abiy Ahmed won a landslide victory in what has been described as a fair and transparent election which attracted the biggest voter turnout out in history. Despite announcements made by the African Union and international observers validating the free, fair and peaceful nature of the elections and the way in which they were conducted, the U.S questioned the results.

This double standard undoubtably has national interests for the U.S.

As for Girma, he knows that the Ethiopian people will hold Abiy accountable for his promises.

At this point, some TPLF leaders have been captured and will be proceeding to trial. The Ethiopian government has made it clear that it will not negotiate with terrorists, although the U.S. has been encouraging this.

Imposing such mandates has not bode well for the U.S., as witnessed most recently in Afghanistan. The Bush administration would not negotiate with ISIS after 9/11. Canada would also be wise to remember that, during the Quebec crisis, Pierre Elliott Trudeau refused to negotiate with the Front de libération du Québec (FLQ). Instead, Trudeau invoked the War Measures Act.

Why the contradictory approach for Ethiopia?