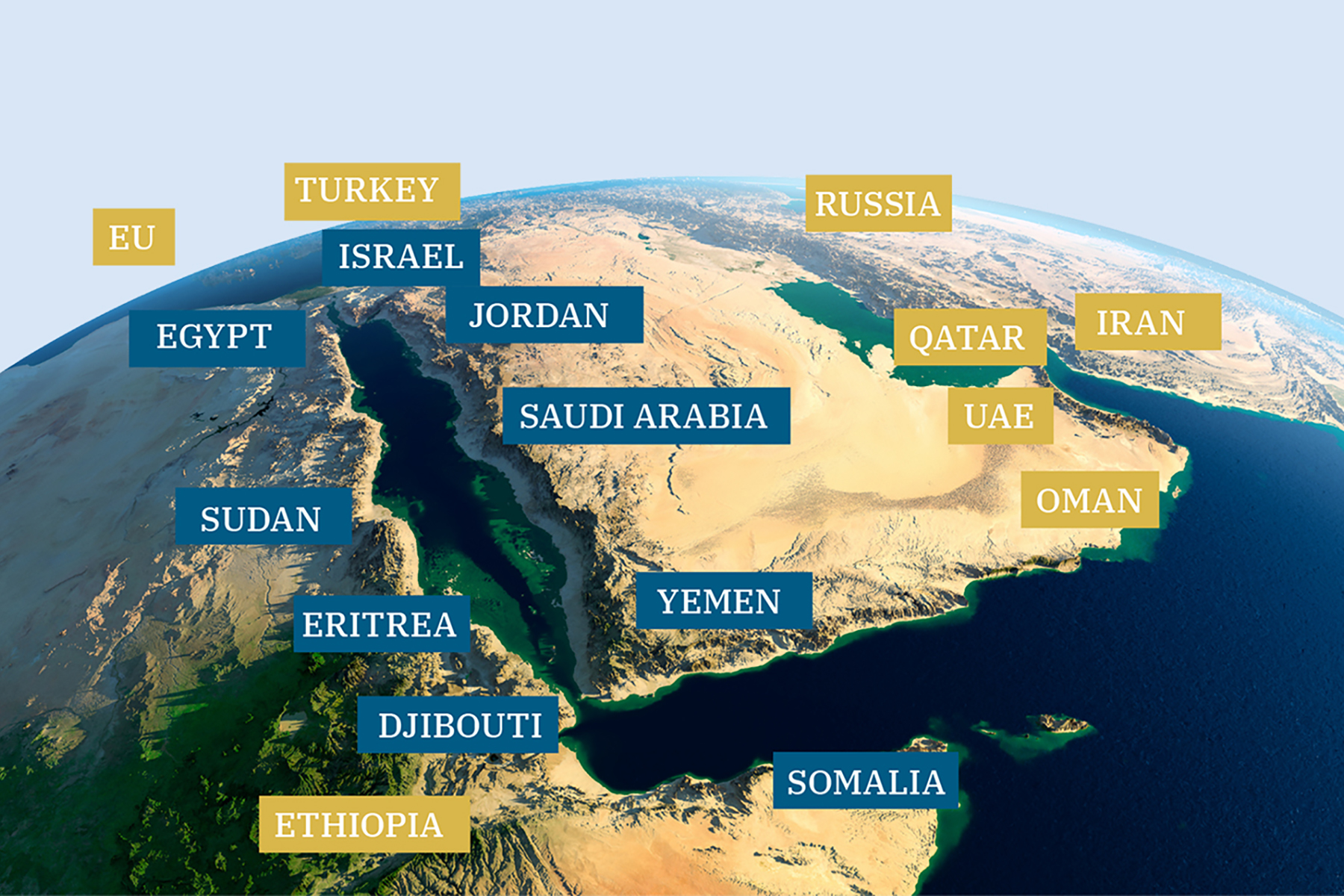 – Tigrai and Red Sea: The Two Sides of the Same Coin

Earlier Tigrai has been known as the Axumite Kingdom. The territorial size during the Axumite kingdom has been extremely wider than the current territory assumed by Tigrai. It is known that Tigrai possesses one of the known civilizations in the world. Tigrai has been using Red Sea to integrate economically, socially, and politically with rest of the world since time immemorial. Tigray is traced as a pioneer in facilitating trading transaction through the mediation of money in the world history. Coins were used as a medium of exchange during the time of King Kaleb of Axum. The Axum stale and inscription on stones and rocks are tangible evidences of the magnificent civilization of Tigrai. Several studies and historical findings indicate that during the ancient times, Tigrai was interconnected with the world through trade  routes that extend to Asia that include India and China, and Europe that include Israel, Rome, etc.

Tigrai has been connected with the world mainly through land and water transport. If we just trace the territorial integrity of Tigrai during the time of King Abraha, let along to be limited to the current territorial area, the effective administration and governance of Tigrai, has been much wider that extends beyond the eastern part of the Red Sea. The country currently called as Yeman located on the right side of Saudi Arabia has been governed and administered by king Abraha who named its name as Yeman as it was located on the right side of the eastern Red Sea. In Tigrigna Yeman means right side. Even now the name Yeman is common name and word frequently used in Tigrai. This shows that Tigrai has been not only on the land western of the Red Sea, and on the Red Sea, but also on the land Eastern of the Red Sea. It can be implied that trading activities were connecting Tigrai with northern Africa, eastern Africa, Asia, Middle East and Europe. In this trading corridor the role of Tigrai during the Axumite Kingdom was significant. Tigrai was one of the superpowers that had strong army including the naval force as several historical evidences show and as can be implied from the fact that it was governing bigger territory in the west and eastern part of the Red Sea.

Economically, for countries to mobilize defence forces to a wider geographical area demands the availability of substantial economic capacity. Even if we look at the very recent (as compared to the time of Axumite Kingdom) economic philosophies pursued by States during the 17th century, mercantilism was the dominant philosophy. The fundamental assumption of this philosophy is that a State becomes strong if the country is wealthier and richer as compared to other nations in the world. If a State is strong, it gains the capacity to influence other countries of the world. This wealth is achieved through aggressive export of goods that allows accumulating precious metals like gold, silver, and others. When we assess the economic strength of Tigrai from this perspective, Tigrai had strong economic base that enabled it govern wider geographical area and mobilise strong military force on the Red Sea. Hence, from the economic strength perspective again Tigrai was one of the richest countries in the world. As has been described by renowned historians such as Manuel Baradis, Manuel Almeda, common rich person in around 1948 in Tigrai used to own 10,000cattles.

An average farmer used to own 2000 cattles, Tigrai was a place very convenient to live in the world. Moreover, it was indicated that Tigrai has been importing silk clothes from India. The slave trade has been making its rout through Tigrai as it is the owner of very large coastal area on the Red Sea. This implies that Tigrai’s existence and sustenance is intermingled and bonded with the Red Sea. Tigrai is part and parcel of the majestic Red Sea created by nature. In fact, Tigrai cannot be thought without Red Sea, as the name Red Sea itself is believed to be named by Tigrai. This view can be strengthened when we look at similarly named places within Tigrai such as Mai Keyah (literally it means Red Water), Shum Bahra (Governor of Sea), Adi Keyih (Red Living Area) the one some kilometers away from Mekelle and the one after Senaafe, Mai Liham (Red Liham), Mai Edaga (Water Market), Mai Kadra (Water Kadra), etc.

The Case for a Holistic U.S. Policy Toward the Emerging Red Sea Region

To promote stability and other U.S. interests, Washington must reshape its approach to this increasingly complex staging ground for global competition.

Tigrai has been exporting and importing goods through the main line of Red Sea. Tigrai’s economic prosperity is enmeshed with Red Sea. Socially, and politically, the Red Sea was the main route for social value, religious faiths, belief, and norms to be shared and spread through. The three main religious faiths: Judaism, Christianity, and Islam were introduced to Tigrai through the route of the Red Sea.

Even the conflict that occurred in Tigrai with foreign forces were headed to Tigrai through the main route of the Red Sea. So many battles have been done in Tigrai with foreign forces such as Italy, Egypt, and Turkey. It can be understood that Tigrai’s past history, current situation, and forthcoming future cannot be thought in alienation from the Red Sea.  Tigrai’s past, current and future situations and scenario are intertwined with the Red Sea.

Therefore, the blessings and misery, the good and bad phenomena occurred in Tigrai throughout its history are directly or indirectly linked to the Red Sea and beyond. By the virtue of ownership of very long coastal areas on the Red Sea, Tigrai has been a super power in the history of the world as can be evidenced by its colourful histories of the Axumite kingdom. Given these backdrops, Tigrai to significantly integrate to the world, its former territories should be reinstated and returned to its original territorial integrity status.

Tigrai’s vision of sustenance cannot be thought excluding the Red Sea. Red Sea should be the focal and central point for all strategic plans, directions of all kind (territorial, political, economic, social, defence, education, health, environment, etc). For instance, while considering strategic economic growth and development plans of Tigrai, it has to incorporate the Red Sea issue such as ports, shipping lines such as the water transport, marine products, fishing, mining, etc. Similarly, the educational programs should include the issue of Red Sea, like Universities should open colleges and departments related to marine, fishing, and waters, etc.  The defence force should be organized and structured in a way naval force becomes one of the core defence wings. The health and environment issues as well should give due attention to the Red Sea issue and get incorporated.

How the Red Sea can be Secured for Tigrai?

As has been stated in above, Tigrai cannot be separated from its ever possession of the Red Sea. This fact of the association of Tigrai with the Red Sea is a pillar which cannot be compromised. Given this crystal clear vision, various ways can be used to reinstate the current shrinked Tigrai (territorially) to its former original historical territorial integrity. Had it been a kind of effort to bring or annex something that Tigrai did not have in its history, it would have been difficult to claim places and territories. However, in the case of Red Sea and Tigrai, they are the two faces of the same coin. One cannot attempt to separate the inseparables. As a matter of fact, there have been an attempt to separate the inseparables for few years and has reached to a status pretending as if they are separated and a quest of how to re-instate it. The misery Tigrai has been facing after the Axumite Kingdom is more likely to be attributed to its times of separation from the Red Sea. The time Tigrai is separated from its naturally given coastal territory, Tigrai’s suffering and hardship rises.

It has been asserted that Tigrai is not claiming somebody’s property; rather it is re-instating its territorial integrity which has been under its effective administration and control since long time immemorial. Therefore, reinstatement issue cannot and should not be misinterpreted as claiming something that is alien. Rather, one of the very important contributing factor for the crisis in the Red Sea and the Horn of Africa, is attributed to the shrinkage of Tigrai to the extent of the current territorial status and situation of being locked and distancing Tigrai by itself from becoming an active player and actor on the Red Sea. It is time to break the silence Tigrai has been showing and endlessly hibernating in the Red Sea region, and wake up to play its pivotal role in assuring and maintaining peace and stability in the horn of Africa as well as in the Red Sea. The history of Tigrai gives ample proof that Tigrai is known in keeping justice and has never claimed unjustified territories. It is time to wake up, give an end to stop the shrinking trend it exhibited after the Axumite kingdom.  Enough is enough. It is the time to make the current situation a turning point and reverse the shrinking trajectory towards re-instating the influential territorial integrity it had during and before the Axumite kingdom. Tigrai should open its blunders and establish Neo-Tigrai starting the journey right now using the current chronic challenges as opportunities. The idea of reinstatement of realizing the previous shining history of Tigrai with Red Sea as a backbone is a great vision that should be strived for by each Tigrean to have sustainable, prosperous, highly honoured and respected Tigrai in Eastern Africa, Northern Africa and the Middle East regions.