Ethiopian Diaspora: Appeal to the U.S. Congress and the Biden Administration Following the Coup D’Etat in the Republic of Sudan 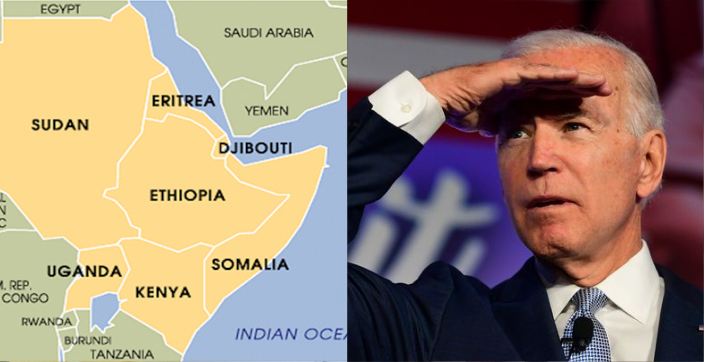 DENVER, Oct. 29, 2021 /PRNewswire/ — In the aftermath of the coup d’etat in Sudan that has left another country in East Africa destabilized, the Ethiopian American Civic Council (EACC) released the following statement from EACC Chairman and Founder Deacon Yoseph Tafari.

The conflicts in both Sudan and Ethiopia are warning signs for U.S. leaders.Tweet this

“The conflicts in both Sudan and Ethiopia are warning signs for U.S. leaders as to what happens when the international community of nations does not fully support democratically-elected or civilian-appointed governments. The U.S., European Union, and other global partners must be mindful not to give implicit support or legitimate recognition to rogue militaries or armed insurrectionists whose intent is to undermine the will of the people and rule by fiat. We need to recognize that these governments are still fragile and need support from major nations including the United States. The U.S. foreign policy approach of recent months raises questions if America supports Africa’s democratic evolution.

“In neighboring Ethiopia, U.S. policymakers including Congress, U.S. State Department, Special Envoy for the Horn of Africa Jeffrey Feltman, and Secretary of State Antony Blinken have failed to fully hold the Tigray People’s Liberation Front (TPLF) accountable for the unprovoked attack of the Ethiopian Defense Forces on November 4, 2020. This TPLF-led attack has catapulted Ethiopia into a tragic conflict. More so, the TPLF is a designated terrorist group. It is ineffable to ask the Ethiopian Government to engage in talks with the TPLF who is engaged in full scale armed insurrection in Ethiopia. Only under terms of surrender should the government agree to meet with the TPLF.

“Military takeovers of democratically-elected governments in Africa continue to be problematic for not only the political stability of the continent but also for Africa’s hope of achieving its economic aspirations. The EACC calls on U.S. policymakers to reexamine its approach in dealing with democratically-elected governments by upholding the sovereignty of nations while pursuing mutual interest on equal footings. The EACC will continue to monitor the situation in both Sudan and Ethiopia.”

“I Have Seen With My Own Eyes Young People Being Killed By The Leaders Of The TPLF Because They Retreated.”
The US Risks Turning Ethiopia Into An Enemy With Its Provocations
Gov’t Disheartened By Biased, Uninformed ICHREE Report on Humanitarian Access in Tigray
Ethiopia Categorically Rejects Int’l Commission of Human Rights Experts Report
“The United States is committed to the unity, sovereignty, and territorial integrity of Ethiopia”
Int’l Commission of Human Rights Report Echoes the Misinformation Campaign on Ethiopia
TPLF expanding Battle fronts as its forces stuck in Raya Front facing reported retreat
US administration lover affair with looters, rapists and terrorists in Ethiopia